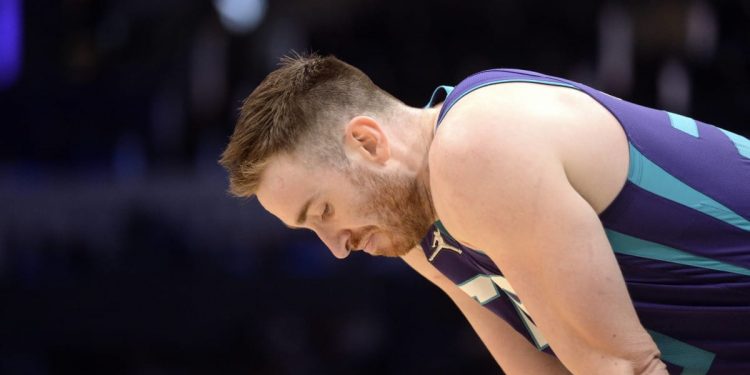 Hornets forward Gordon Hayward will be sidelined indefinitely with discomfort in his left foot, which means he will miss this week’s play-in tournament, the team announced Sunday.

Charlotte noted Hayward will be in a cast for at least two weeks, at which point he will be re-evaluated.

After the Hornets’ season finale on Sunday, Hayward will have missed 32 of his final 36 games this year.

Hayward first injured his ankle against the Raptors on Feb. 7, and he’s only played once since then, a 16-minute effort against the 76ers.

The veteran forward has dealt with injuries throughout his NBA career, having only played over 70 games once since 2017. Charlotte is playing in its second straight play-in tournament, but Hayward will now have missed both due to lower leg injuries that cut his seasons short.

The Hornets originally signed Hayward to a four-year deal in 2020, and he has two years at over $60 million total remaining on the contract.

Hayward finishes the regular season with an average of 15.9 points, 4.6 rebounds and 3.6 assists in 49 total games.

Facts About His 4 Children – Hollywood Life

Sega says NFTs are a “natural extension” of the future of gaming, is wrong

Sega says NFTs are a "natural extension" of the future of gaming, is wrong