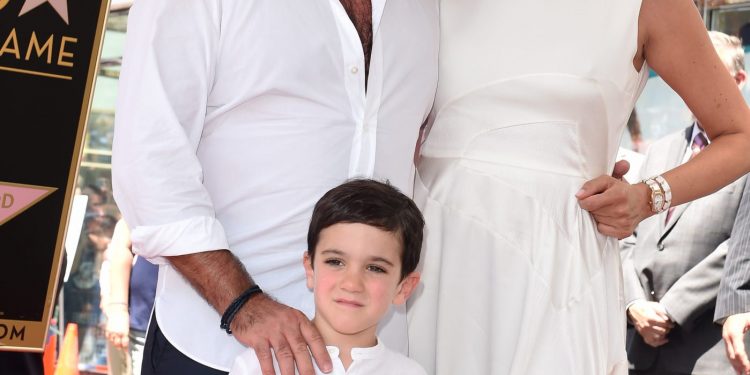 
As Britain’s Got Talent returns, Simon Cowell has revealed that son Eric is keeping him in line following his traumatic e-bike accidents.

The eight year-old is Simon’s first and only son with fiancée Lauren Silverman, to whom he proposed last Christmas Eve.

Here is everything we know about Eric, including what Simon has said about his adorable son…

Eric was born in 2014, making him eight years-old.

Although Simon never expected to be a father, he told The Kelly Clarkson Show in May 2021 that he now “cannot imagine” his life without Eric.

Speaking about Eric, Simon said: “He’s the most amazing thing that ever happened to me. I adore him.”

“He and I communicate very well because we basically like the same things – Scooby Doo, Disney movies, laughing at the dogs,” he continued.

Would Simon like to have another child with Lauren? He revealed to Extra that the couple isn’t “ruling out” baby number two.

“I had a brother when I was younger so I think it’s kind of cool to have two,” he said.

Who is Eric’s mother?

Eric’s mother is 44 year-old Lauren Silverman. She is an American socialite with a net worth of $10 million, according to Celebrity Net Worth.

Lauren has another son, 16 year-old Adam, with her previous husband Adam Silverman. Lauren was still married to the real-estate mogul when she became pregnant with Eric. Adam and Lauren finalised their divorce in November 2013.

Simon told The Mirror that the affair was not something he is “proud of.”

“It is not something I am proud of or wanted to happen in terms of hurting anyone. It just happened,” he said.

Following his terrifying e-bike accident, Simon told MailOnline that Eric “went crazy” when he wanted to ride his bike recently.

“I actually went on one the other day, I was somewhere where I wasn’t on a road and I took my bike with me, and I actually thought, ‘I need to get back on my bike.’ Then Eric saw me and went crazy! He was so mad, he made me walk it.”

Simon also credits Eric with his decision to stop getting fillers. Simon told The Sun that Eric was scared by his father’s face.

“Eric was in hysterics. Enough was enough. There is no filler in my face at all now. Zero,” the X Factor judge said.

In other news, Is Easter Monday a federal or state holiday in the United States?

How to See Through Inflation Prices