Hyundai Motor warned that a prolonged shortage of chips in the auto industry would continue to hit its sales in the third quarter, after posting its best quarterly profit in seven years.

The South Korean company was able to mitigate the effect of the global chip shortage last year after stockpiling components, but it has been cutting output of less popular models since April as inventories run out.

Hyundai expects the shortage to ease gradually from the third quarter although some parts will continue to be in short supply. The company said on Thursday it had completed orders for chips needed for next year’s production.

“The chip crunch was most serious in May and June. We tried to minimise disruption to production by frequently adjusting our production plans,” Seo Gang-hyun, executive vice-president, told analysts. “The situation will get better from the third quarter although some chips will remain in short supply.”

The shortage in semiconductors used in everything from power steering to anti-lock brakes has forced global automakers to cut output and has been prolonged by disruption to supply chains and high demand for electronic devices during the coronavirus pandemic.

Hyundai cautioned that a slower than expected recovery in industrial demand due to the emergence of coronavirus variants and rising raw material prices could cast a shadow over its second-half earnings.

The warning came after Hyundai’s operating profit more than tripled to Won1.89tn ($1.64bn) in the April to June quarter as strong demand for high-margin sport utility vehicles offset the hit to production from the chip crunch. Sales rose nearly 40 per cent year on year to Won30.3tn. 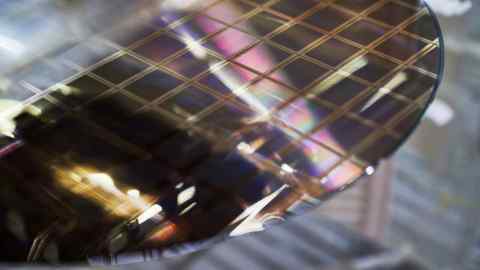 Hyundai, which together with affiliate Kia is the world’s fifth-largest carmaker, said it planned to boost production of its new Ioniq 5 electric crossover in the third quarter by expanding production lines at its Asan plant in South Korea.

“High margins will probably be maintained until the first half of next year as the company expands shipments and launches new models,” Song Sun-jae, an analyst at Hana Financial Investment, said in a recent report.

Earlier on Thursday, South Korean steel group Posco said demand from automakers fell in the second quarter due to chip shortages but this was offset by soaring demand from shipbuilders, which are enjoying a boom in new orders driven by rebounding global trade.

A major ivermectin study has been withdrawn, so what now for the controversial drug?