Jannik Sinner produced a ruthless performance on his Davis Cup Finals debut Friday to secure victory for Italy against the United States, overcoming John Isner 6-2, 6-0 at the Pala Alpitour in Turin.

The World No. 10 backed up Lorenzo Sonego’s win by striking 16 winners and committing just four unforced errors to earn victory after 64 minutes.

“Playing here was very special,” Sinner said. “Today we have won already, which is great. We have a great team and everyone is a great guy as well, so we are just trying to stay together. I am very honoured to be a part of this.”

Earlier, Sonego delivered on his Davis Cup Finals debut to give Italy a 1-0 lead over the United States, defeating Reilly Opelka 6-3, 7-6(4).

The 26-year-old, who triumphed on home soil in Cagliari this season, was strong on serve, winning 90 per cent (38/42) of points behind his first delivery and saving the one break point he faced to secure victory in one hour and 31 minutes.

“It was not easy,” Sonego said. “It was the first time for me competing at the Davis Cup and I am really happy about the match. Thank you everyone.”

In the final match of the evening, the United States earned a point as Rajeev Ram and Jack Sock moved past Fabio Fognini and Lorenzo Musetti 7-6(5), 6-2 after one hour and 36 minutes in the doubles. Italy clinched the tie 2-1 overall, though.

Princess Diana is still a star: The late royal remains a pop-culture sensation 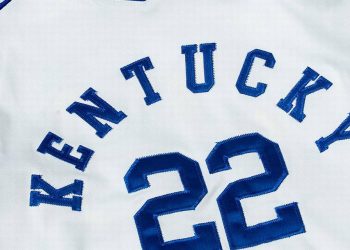 Kentucky tweeted photos of its...

Princess Diana is still a star: The late royal remains a pop-culture sensation