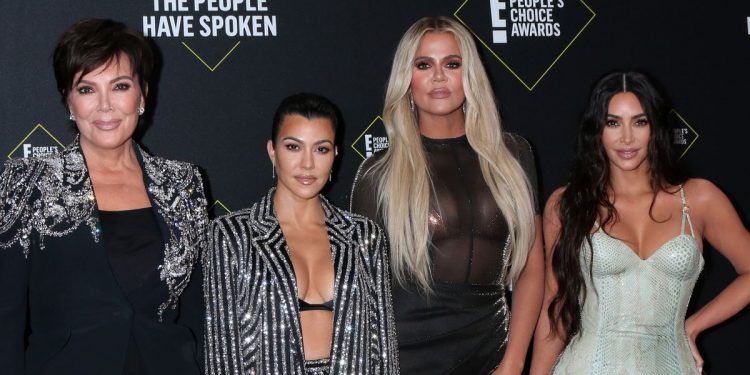 
A former Kardashian-Jenner employee has claimed she was paid such a pitiful salary during her time working on the family’s business ventures, at times she couldn’t afford petrol for her car.

Kim Kardashian may have apologised for her ill-advised comments about other women’s work ethic, but the aftermath of her unhelpful business advice is lingering on.

Jessica DeFino has documented her experience working as an assistant editor on the Kardashian-Jenner Official Apps between 2015 and 2016 in an explosive tell-all.

Recalling her time working for the billionaire family to VICE, the writer claims that despite American’s most famous family possessing unimaginable wealth, she was paid just $35,000 per year.

Jessica called her wages “low and laughable in LA, especially considering my experience” – explaining how after tax, she would take home just enough to cover rent and utility bills.

The writer even claims that during her time working at the company, she even looked into “selling my plasma, my eggs” as a way to raise additional funds and would shop at the 99 Cents Only Store.

At one point, Jessica claimed she had to call in ‘sick’ one day, as she didn’t have enough money in her bank account to fill up her car with gas in order to make the journey to the office.

The writer was motivated to recall her employment experience after Kim, 41, recently told Variety she had “the best advice” for women in business.

“Get your f***ing ass up and work,” the mum-of-four declared. “It seems like nobody wants to work these days.”

Kim later went on to claim the comments were misinterpreted.

“When I read Kardashian’s original quote about women not working hard, I thought of the labor I put into launching the Kardashian Jenner Official Apps—days, nights, holidays, weekends, whenever and wherever I was needed,” Jessica writes in VICE.

“I wasn’t alone. I spoke to two former employees who worked on the apps and two former employees of KKW Beauty, Kim Kardashian’s cosmetics line, all of whom described an environment of overwork at the expense of their mental and sometimes physical health, as well as their career advancement.”

Elsewhere in her explosive tell-all, Jessica recalls being awarded a free sample of Crème de la Mer after winning Employee of The Week on one occasion

Jennifer Chan, who joined the Kardashian-Jenner apps as a senior editor in July 2015, also shares her experience in the article – claiming she once had to spend the night in the office ahead of the apps launching at 3am in September 2015.

“We had to sleep overnight [in the office] to make sure,” Jennifer claimed to VICE. “I think it was a Sunday, too. We just spent the night.”

The former employees who spoke to VICE were employed by Whalerock Industries, a company not owned or operated by the Kardashian-Jenner family.

The publication also states “the sisters were likely unaware of what the people behind their apps were paid.”

The Mirror has approached representatives for the Kardashian-Jenner family for comment.

VICE stated in their article: “A publicist for the Kardashian-Jenners and KKW Beauty initially replied to VICE’s request for comment on the claims in this story, saying they would respond soon, but never provided a comment, despite multiple requests to do so. Whalerock Industries did not respond to multiple requests for comment.”

Eddie Hearn On A Potential Maxi Hughes vs. Ryan Garcia Fight: We’ve Got The Bags Ready To Pack; We’re Willing To Travel

Eddie Hearn On A Potential Maxi Hughes vs. Ryan Garcia Fight: We've Got The Bags Ready To Pack; We're Willing To Travel