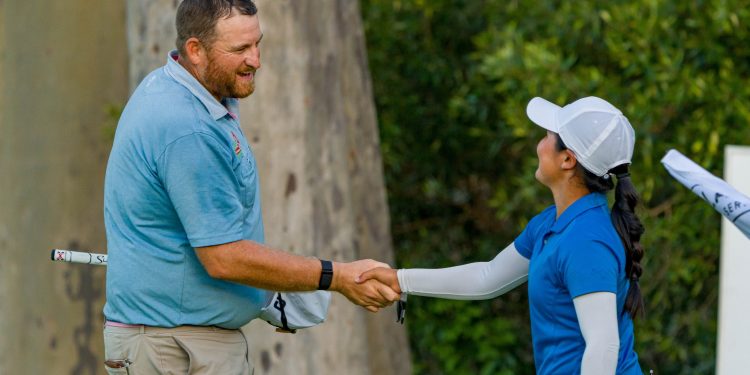 
If money is the measure, The Players is clearly the superior event. Aaron Pike’s winning cheque after a three-hole play-off at Cypress Lakes was $36,000, not enough to register on the purse breakdown of the PGA Tour’s US$20 million boondoggle where last place pays US$43,000.

And if you switch the criteria to media coverage, you would come to the same conclusion. Just the discussion devoted to Sawgrass’ 17th hole far exceeded the total column inches (or whatever is the equivalent measure in this modern era) to what the Hunter Valley event generated.

But in terms of which more broadly represents what golf is and could be? The TPS wins hands down. 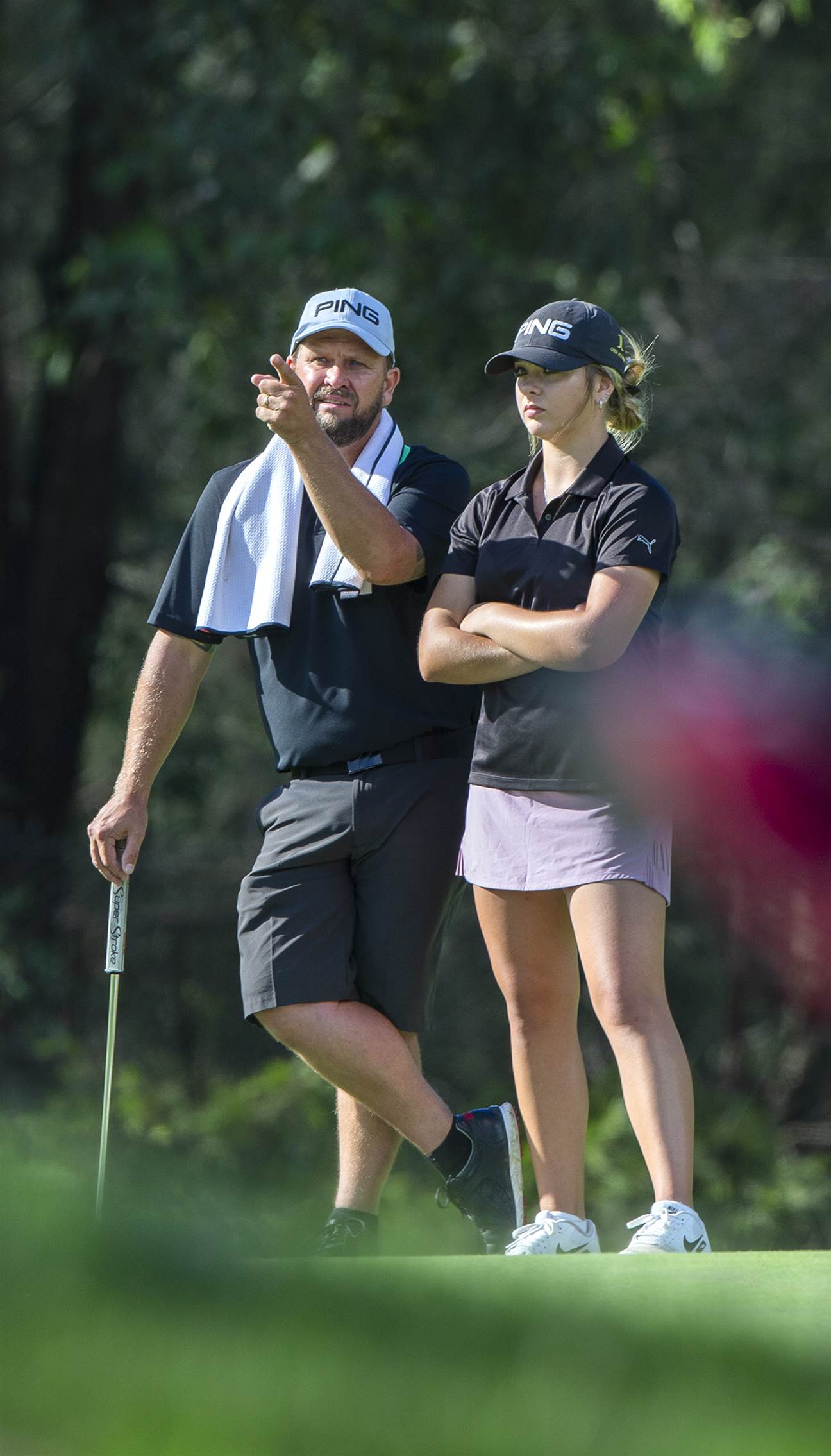 If you’re in the camp that believes the role of professional golf is to promote all that is good about the game, you have to applaud what the WPGA and PGA Tours of Australasia have done with these events.

RIGHT: Ella Scaysbrook won the Junior title with Dad Nick on the bag, a combination this columnist has long believed to be a special experience for fathers and daughters. PHOTO: PGA of Australia.

It also normalises the concept of men, women and juniors playing – and even competing – together.

Hannah Green’s history making win at the TPS Murray River three weeks ago was followed by the first play-off featuring a man and woman this past week with Pike prevailing over New Zealand’s Momoka Kobori.

Seeing this happening regularly at the elite level will hopefully send a message not only to those outside the game but within as well.

There is less mixed play at club level than is either possible or desirable and any step towards breaking that down and making the golf course a more inviting place is to be encouraged.

“In terms of which more broadly represents what golf is and could be? The TPS wins hands down.” – Rod Morris.

None of this is to suggest that there is not a place for golf’s biggest events or to denigrate The Players itself.

I’m not in the camp that thinks it is a major, but it is unquestionably one of the game’s most important tournaments.

However, with its focus on money and FedExCup points and elite players and big event feel, it ultimately does little to promote those things about the game that make people fall in love with it.

For that, The Players Series does a much better job.

*As an aside Scaysbrook, 16, had her dad, Nick, caddying for her at Cypress Lakes showcasing what I’ve always thought was one of golf’s other great strengths. I covered the NSW Schoolgirls Championship at Bonnie Doon in the mid 90’s and have been convinced ever since there are few other recreations that dads and teenage girls can share in quite like golf.