Morrisons shareholders are given a date to vote on the supermarket’s £7.3bn takeover


Morrisons shareholders are given a date to vote on the supermarket’s hotly contested £7.3bn takeover

By Sadie Whitelocks For This Is Money

Morrisons shareholders will get to vote on the £7.3billion ($10billion) takeover offer from US private equity group Clayton, Dubilier & Rice (CD&R) on 19 October.

However, with rival bidder Fortress Investment Group yet to walk away, a ‘competitive situation’ exists and the Takeover Panel could step in and with an auction coming into play.

A document outlining the proceedings recommends voting in favour of CD&R as financial advisors have deduced that the takeover is ‘in the best interests of Morrisons shareholders taken as a whole’, with the business, management, employees also taken into account. 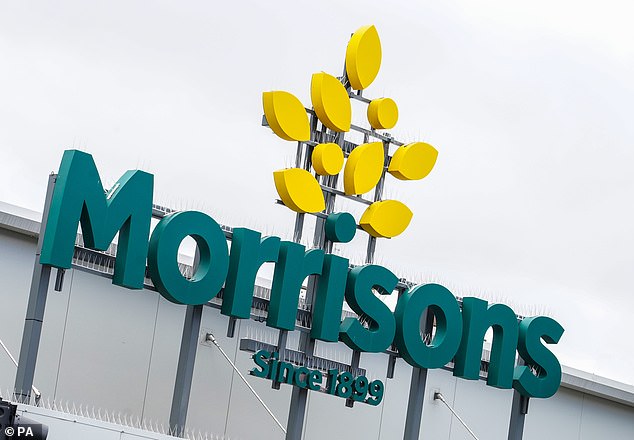 Morrisons has announced that shareholders will get to vote on the £7.3 billion ($10 billion) takeover offer from U.S. private equity group Clayton, Dubilier & Rice (CD&R) on October 19

The fight for Britain’s fourth-largest grocer after Tesco, Sainsbury’s and Asda, is the most high-profile looming takeover amid a raft of bids and counter bids, reflecting private equity’s appetite for UK Plc.

CD&R and Fortress have been forced to make far-reaching pledges to protect the legacy of the supermarket’s founding family, avoid asset sales and protect jobs.

However, critics warned the promises are not legally binding.

Over the weekend, MPs reacted angrily after it emerged CD&R will use a shell company in the Cayman Islands to run the supermarket.

The firm said it will use an entity called Market21 GP Holdings in the Caribbean as it released full details of its plans for the Bradford-based grocer to investors.

But parliamentarians said it ‘beggars belief’ that another major supermarket could be managed through a tax haven, and called on the Government to tighten rules on foreign takeovers. Last year the ownership of Asda was transferred to the tax haven of Jersey after it was bought by the Issa brothers and TDR Capital.

Conservative MP Kevin Hollinrake said he will write to former Tesco boss Sir Terry Leahy, who is heading up CD&R’s bid, for assurances the firm will pay UK taxes.

Margaret Hodge, a Labour MP and campaigner against tax avoidance, said: ‘It beggars belief that one of our biggest supermarkets could soon be bought by a private equity firm using tax havens.’

Darren Jones, chairman of the MPs’ business committee, added: ‘The idea that private equity can just sweep in, buy up British businesses and move them offshore to reduce the amount of tax they pay, without any rules or regulatory interventions, is just madness and an insult to British taxpayers.’

CD&R said the entity that will own Morrisons, Market Bidco, will be registered and incorporated in the UK, adding: ‘Morrisons will remain registered in the UK, headquartered in Bradford and continue to pay taxes in the UK.’

CD&R’s latest offer is worth 285 pence per Morrisons share while Fortress pitched its bid at 272 pence a share. It has said it is considering its options.

A spoiler-free look at why everyone’s watching Squid Game

A spoiler-free look at why everyone's watching Squid Game