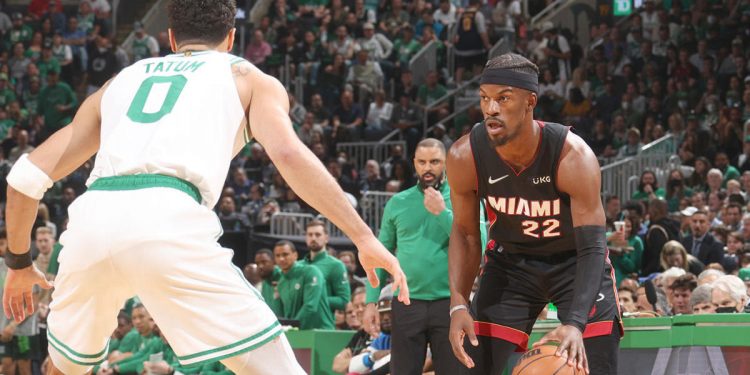 With the 2021-22 NBA regular season now in the books, the basketball betting market is hotter than ever. CBS Sports will be providing daily picks for the duration of the postseason. Sam Quinn will make at least one pick for every game between now and the NBA Finals. All lines courtesy of Caesars Sportsbook.

Picking Eastern Conference finals games is frustrating because it essentially boils down to trying to evaluate which injuries matter more while knowing that any time, we might found out that a player we’d previously expected to play is actually sitting out. My personal advice on this series is not to place any bets until starting lineups have been announced 30 minutes before tip. I don’t have that luxury for this column, though, so here goes: The absences in Game 4 were Marcus Smart and Tyler Herro. Boston has played two playoff games in which Smart was its only absent player, won both and allowed just 168 combined points in those games. That’s a tiny sample, but it makes sense. Derrick White isn’t Smart, but he’s among the very best reserve defensive guards in basketball. The Celtics are so deep defensively that they can get away with the absence of one key cog. The Heat are so thin offensively that they’re going to struggle to generate points if Herro is compromised or out. They scored just 82 points without him in Game 4. During the regular season, lineups featuring Herro scored 116 points per 100 possessions, a very high figure, while lineups without him scored just 112, below league average. Again, you should hold off until closer to game time, but with these being the major injuries we know of right now, I’d lean Boston slightly. The pick: Celtics -2

The same logic that’s guiding our Celtics pick suggests that the under is the play on the point total. Boston’s defense loses far less with a hampered Smart than Miami’s offense loses with a hampered Herro. The total in Game 4 was just 184 points. This series was slightly heavier on offense earlier on, but with the injuries shaking out the way that they have, I’d learn toward defense being more prominent the rest of the way. The pick: Under 204

Jimmy Butler was not listed on the Game 5 injury report, a fairly surprising development after he missed the second half of Game 3. He played in Game 4, but he scored just six points. That happens. Sometimes players just have bad games. But Butler did not look right physically to the naked eye. He didn’t get to the line even once and it didn’t look like he had his typical burst. Boston challenged him by letting center Robert Williams III defend him quite a bit. The implication was that the Celtics didn’t think Butler could blow by him in his compromised state, and that if he couldn’t, Williams’ size would take away post-ups while Butler’s limited shooting range wouldn’t draw him away from the basket. Maybe Butler is healthier in Game 5, but the player we saw in Game 4 didn’t look capable of scoring 25 points. The pick: Butler under 24.5 points