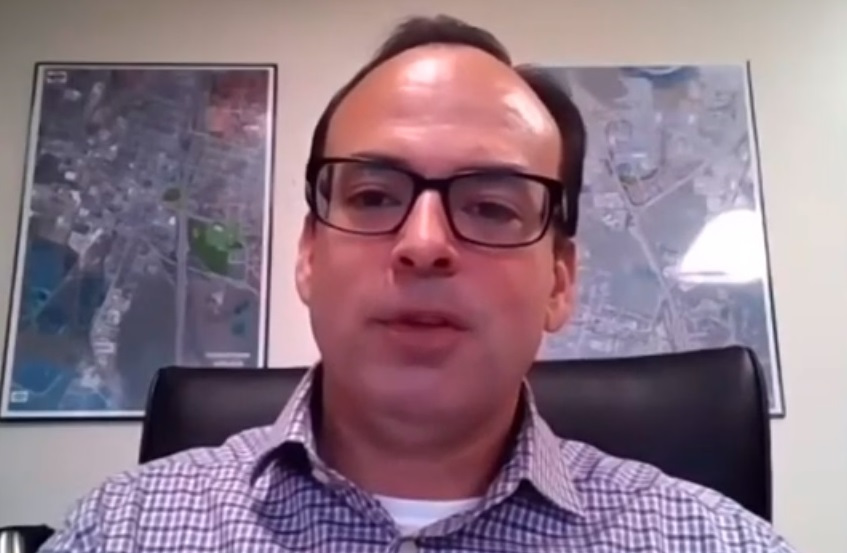 Arcata Mayor Brett Watson was arrested and booked into the Humboldt County jail late Sunday night on suspicion of driving under the influence and possession of a controlled substance and paraphernalia.

According to California Highway Patrol spokesperson Paul Craft, at approximately 11 p.m. officers observed a silver Lexus sedan “cross over a flare pattern set up for the regulation of traffic” on U.S. Highway 101 northbound near Sunset Avenue.

“Based on objective signs and symptoms of impairment, as well as the observed unsafe driving behavior, Watson was placed under arrest for DUI,” according to the statement. “During a search incidental to his arrest, Watson was found to be in possession of a small amount of illegal narcotics.”

Watson was booked into the Humboldt County jail at 11:13 p.m. for three misdemeanor charges.

Reached by phone Monday afternoon, Arcata City Manager Karen Diemer acknowledged that Watson’s arrest was “a matter of public concern” but also said the matter is “extremely personal for the mayor.”

“I trust that the mayor will be addressing constituent concerns shortly,” she said, noting that she did not have any additional comment on the subject.

While it is unclear what illicit drugs Watson is accused of possessing, he did recently vote against the city council taking steps to decriminalize certain psychedelic plants, asking a city committee to offer guidance.

What is the best age to start buying shares?