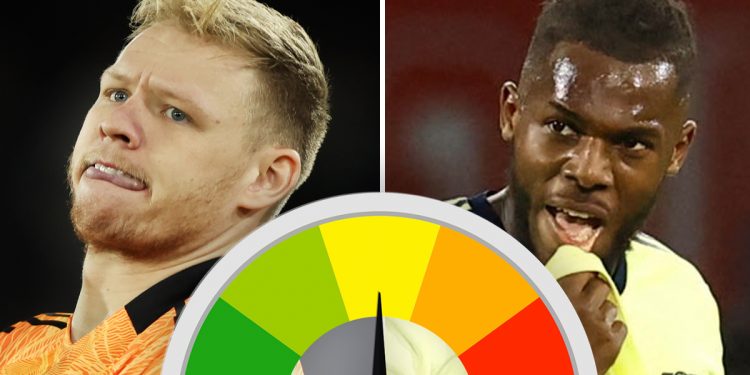 It was a night to forget for the North Londoners as the Eagles beat the Gunners at home for the first time in five years.

Alan Smith, the former Arsenal striker, described it as their “worst performance of the season” – and that is despite thrashings by Manchester City (0-5) and Liverpool (0-4).

At times, the Arsenal goalkeeper lived a dangerous life as he dealt with some of the hospital passes he received from teammates.

He did just enough to ensure Crystal Palace did not run riot and was arguably the star man in an otherwise sloppy Gunners first-team performance. 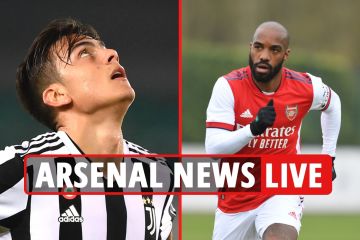 All the action went down the Arsenal right flank in the first half and Wilfried Zaha fancied his chances every time he went up against Soares.

Only lasted 21 minutes into the second half when enough was enough and he was hauled off following a disappointing display.

It was his ridiculous challenge on Zaha in the first half that gave away the free-kick from which Palace took the lead.

To concede three goals to a London rival, especially when you are chasing a Champions League place, is unforgivable for someone who has aspirations for playing for England at a World Cup next season.

What on earth was the Brazilian doing for the opening goal? He was nowhere near the ball and ended up on his backside on the floor.

And for the second Palace goal, well he ended up kicking at fresh air as he completely missed the through-ball from which Jordan Ayew added the finish. Pitiful defending.

A rare start for the Portugal star as regular left-back Kieran Tierney was ruled out with a knee injury.

But he was ineffective for the Palace opener and inexplicably stopped running for the second. Mikel Arteta did the right thing by taking him off at half-time.

The Ghanaian was the king of the loose passes for Arsenal at Selhurst Park and sometimes struggled to find a teammate.

His miserable night was summed up by the yellow card he received in the second half and more worryingly, the fact he came off with 15 minutes left with an injury.

Filled in at left-back when Tavares was taken off at half-time and did his duties effectively enough.

But as a former captain, the Swiss man perhaps should have taken on more of a leadership role in the difficult moments.

Frustration was the overriding feeling for the England man, who was returning after missing international duty with a recent bout of Covid.

Probably thinks he should have had a penalty when he was brought down by Cheikhou Kouyate on 50 minutes but the referee was having none of it.

There was one moment on 66 minutes when the ball fell kindly to the Norwegian in the Crystal Palace penalty.

Yet the £30million midfielder had clearly left his shooting boots in the dressing room and banged the effort horribly wide when some element of composure and precision was required.

It was his tackle on Zaha that conceded the penalty from which Palace moved 3-0 ahead and for that he deserves a low mark.

Wayne Rooney is a huge admirer of the England midfielder but Smith Rowe wasted his chance to impress the former Manchester United man.

He was moved to a more central position for the second half but all too often he was muscled off the ball and lacked the vision to help turn the result around.

The 21-year-old had the best chance for Arsenal on 62 minutes but his effort was tame and easily dealt with by Palace goalkeeper Vincente Guaita.

Yes he needed the assistance but he was not exactly a livewire.

His finishing has been below-par this season and in the absence of Pierre-Emerick Aubameyang, this is not good enough for a club the stature of Arsenal.

Gabriel Martinelli (on for Tavares, half-time) – 5

The Brazilian did was he told to by manager Arteta when he came on for the second half but the damage had already been done by that point.

Took a nasty fall when he knocked knees accidentally with a Palace opponent.

Did more in his 24-minute cameo from an attacking perspective than his teammates had for the whole 90.

On 83 minutes, Nketiah curled a terrific shot which crashed off the top right corner of the post. It was unlucky but showed that he deserves more game time going forward.

The 22-year-old came on for the injured Partey with 15 minutes left and filled in well into the defensive midfield positions.

Branch out without burnout: how to succeed at more than one business | Supercharge your business

Branch out without burnout: how to succeed at more than one business | Supercharge your business