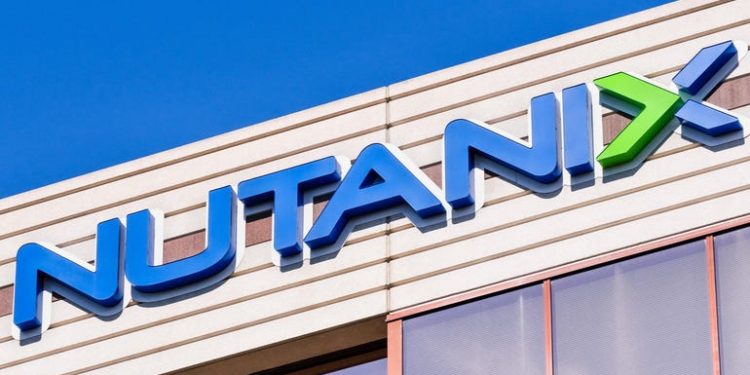 
Hyper-converged infrastructure pioneer Nutanix this afternoon reported fiscal Q2 revenue and profit that both topped Wall Street’s expectations, and raised its outlook for the full year.

In a call with ZDNet following the report, CEO Rajiv Ramaswami said that despite macroeconomic challenges such as multi-decade highs in inflation, companies are not backing down from their spending on cloud computing.

“Companies are not stopping their efforts toward going digital,” said Ramaswami. “They continue investing in modernizing their infrastructure to get to a cloud operating model.” Companies are showing “an increased focus on attracting talent,” he said. Asked if inflationary pressures was crimping budgets, Ramaswami said there was no sign of it. “We haven’t seen pressure in our space,” he said. “We have not seen reduced spending from customers.”

Among highlights of the quarter, Ramaswami noted the company was delivering on all its important metrics, including “the highest growth in ACV in three years,” referring to “annual contract value billings,” or ACV billings, a key operating metric that measures how much the company invoices clients for in the quarter, out of the total value of contracts signed.

Revenue in the three months ended in January rose to $413 million, yielding a net loss of 3 cents a share, excluding some costs.

Analysts had been modeling $407 million and negative 17 cents per share.

For the current quarter, the company sees revenue of $395 million to $400 million. That compares to consensus for $401 million.

Nutanix expects ACV billings for the quarter of $195 million to $200 million.

Nutanix expects ACV billings for the full year of $760 million to $765 million, up from the $740 million to $750 million forecast in November.

As far as what factors contributed to upside in the quarter, Ramaswami noted that software renewals had “come in stronger than expected, which was “a pleasant surprise.” Nutanix hadn’t done anything in particular to make that happen, he said, such as offering incentives for early renewal. “They like us, they’re consuming our product,” he said, “they are using us for critical applications.”

Asked about priorities for the year ahead, Ramaswami noted the company, at its analyst day in June, “said we are on this continuing journey to become a subscription company, and renewals make clear that we are well on our way, though we need to continue to execute.”

Other priorities include continued recruitment of “the talent needed to continue to grow”;  the continued build-out of the product portfolio; the extension of partnerships; and the fulfillment of the financial model laid out at the analyst meeting. On that last score, “we have so far been over-achieving,” he said.

Added Ramaswami, “We also see growing momentum towards adoption of hybrid multicloud models and believe the recent launch of our hybrid multicloud solution portfolio will strengthen our ability to deliver the solutions our customers need.””

Arx Fatalis, the 2003 RPG banger, is so good it should have absolutely destroyed Elder Scrolls