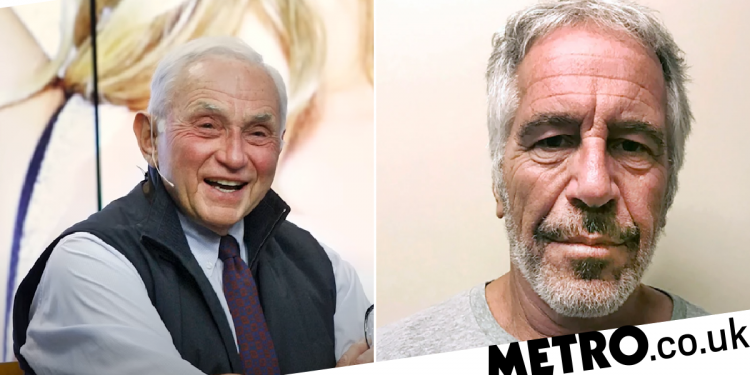 Paramount Plus’s latest docuseries has alleged that Jeffrey Epstein posed as a model scout for Victoria’s Secret to find young women to prostitute.

Programme makers say the two became friends because Ohio-based Wexner was desperate to infiltrate the elite New York circles that Epstein moved in.

‘Jeffrey Epstein was everything that he [Wexner] thought he was lacking in Ohio,’ said Steven Hoffenberg, a former business partner of Epstein’s.

Meanwhile, Epstein wanted to surround himself with wealth and luxury, which successful Wexner could supply in abundance.

In fact, such was Epstein’s powers of persuasion – Hoffenberg describes him as ‘extraordinarily mesmerizing’ and ‘the master manipulator’ – Wexner made him power of attorney of his $7.5billion (£6.3billion) empire.

But as Epstein’s power, wealth and influence grew, so did his brazen behaviour, with Wexner being informed he was pretending to be a model scout for Victoria’s Secret, according to the series.

The shocking news came from a hairdresser, who was told by a model she had encountered a man named Jeffrey Epstein who was looking for young women to model for the underwear company.

While Wexner has denied all knowledge of his former friend’s criminal activities, the three-part series alleges he was aware of Epstein’s behaviour in 1993.

In more twisted revelations, model and actress Alicia Arden detailed how she was lured to a hotel in Santa Monica in 1997 by Epstein, who claimed he was scouting for Victoria’s Secret.

Alicia said she was told to take off all her clothes other than her underwear, while Epstein was ‘touching my butt’.

Later, Alicia went to the police to file a crime report, but no action was taken.

Epstein had been facing 45 years in prison after being accused of sex trafficking underage girls across his properties in New York and Florida in the early 2000s.

But the former billionaire financier was found hanging in his cell at the Metropolitan Correctional Center before he was due to go on trial.

Victoria’s Secret: Angels and Demons will stream on Paramount Plus from July 15 and is already available on Hulu.


MORE : Netflix fans are calling new true crime documentary Girl In The Picture the ‘most horrific’ film they’ve ever watched


MORE : DB Cooper: Where Are You?!: True story behind wild documentary about man who vanished after jumping out of plane with $200,000