Pelicans rally to beat Clippers in play-in, advance to playoffs 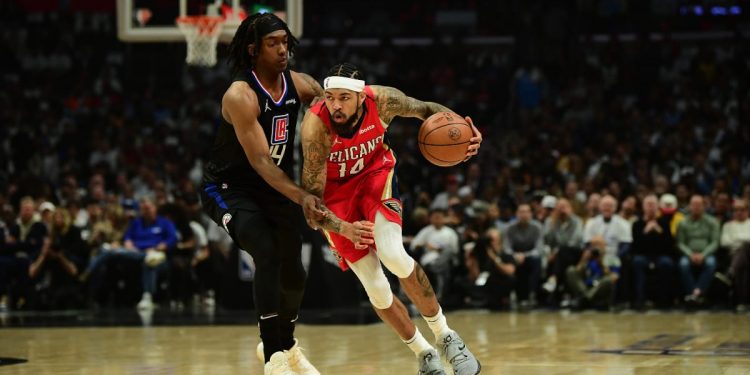 After trailing by 10 heading into the fourth quarter in Friday night’s Western Conference play-in game, the Pelicans used a 31–14 run over the final 10:30 of regulation to beat the Clippers 105–101 and advance to the playoffs.

Following a tightly-contested first half in Los Angeles, the second half proved to be filled with massive scoring swings in both directions. The Pelicans led the Clippers 56–46 at halftime before being outscored by 20 in the third quarter to trail by 10 heading into the fourth.

But New Orleans never panicked thanks to the scoring prowess of Brandon Ingram, who notched a game-high 30 points on 14-of-21 shooting to lead the Pelicans to a playoff berth. Rookie guard Trey Murphy III and forward Larry Nance Jr. added 14 points apiece off the bench to help push New Orleans over the top in the fourth quarter.

The Clippers were led by Marcus Morris Sr. and Reggie Jackson, who both scored 27 points each, while Robert Covington and Norman Powell scored 14 points and 17 points, respectively in defeat.

It was a valiant effort by the Clippers, who were plagued by injuries to their stars Kawhi Leonard and Paul George for a majority of the season. Leonard did not play all year as he recovered from a torn ACL suffered in last year’s Western Conference Semifinals.

George missed a significant portion of the season after tearing a ligament in his elbow. While he returned to play late in the season, he was unable to take the court on Friday night after testing positive for COVID-19.

New Orleans now advances to the playoffs and will face No. 1 seed Phoenix in Round 1.