‘Pokémon Scarlet and Violet’ release date, trailer, starters and everything you need to know 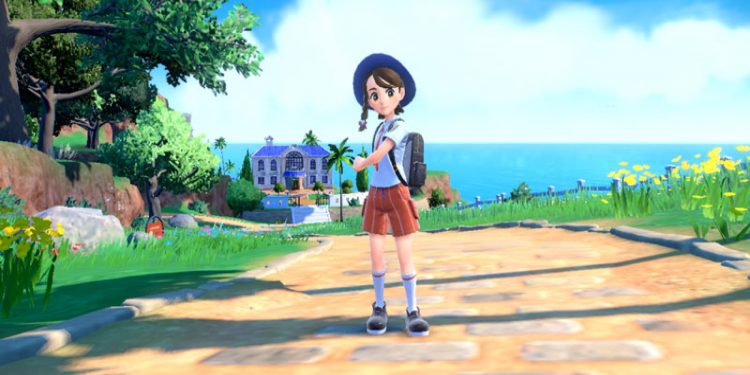 
Nintendo surprised the world when it revealed Pokémon Scarlet and Violet earlier this year. The new titles mark a brand new generation for the long-running monster-catching series, and look to update the tried and tested formula even further. Of course, we already had Pokémon Legends Arceus to enjoy this year, with its novel approach to an open world Pokémon game. Many have wondered whether the new features showcased in Arceus would make their way to the next mainline title. From what we’ve seen this does indeed seem to be the case.

We’ve only really seen one presentation on Pokémon Scarlet and Violet, with Nintendo keeping hush on specifics relating to the Pokédex and setting. Plenty of info has been released, however, including a detailed look at the three new starter Pokémon. We know what the main characters will look like for each game, and can infer some interesting talking points on the sunny Mediterranean locale. Perhaps most surprising of all, we actually got a release window, which is very strange for a first showing.

To help you keep up with all of the official info released on Pokémon Scarlet and Violet, we’ve put together this everything you need to know guide. We’ll answer questions like whether Pokémon Scarlet and Violet are open world, and whether or not there will be Pokémon HOME functionality. There’s even some digging to be done on the three new starter Pokémon. This page will be constantly updated as new details emerge, and as we edge closer to launch.

Let’s start with the Pokémon Scarlet and Violet release date. During the Pokémon Presents event that aired on February 27, The Pokémon Company revealed that Pokémon Scarlet and Violet will launch Late 2022. This is obviously a release window, rather than a specific date, but that would place the game in the September to December region of 2022. Not too long to wait for a game that we only just heard about.

What’s the difference between the two versions?

Generally speaking, when a Pokémon release has two distinct versions, there are subtle differences between the two. The most obvious one is in the logo and colour styling of each game. You can see this in the image below, which shows the main character in the Scarlet-themed attire. Each version will also have a slightly different Pokémon list, with trading being required for 100% completion. We don’t yet know just how different Pokémon Scarlet and Violet are from each other, but we’re sure to hear more in the coming months.

The first Pokémon of Gen 9 are Sprigatito, Fuecoco, Quaxly. They are your traditional grass, fire and water starter types and can be seen in the screenshot above. There’s also some stats on the official game website, giving us a look at abilities, height and Pokédex descriptions. Check them out below.

One thing that fans had been speculating since the launch of Pokémon Legends: Arceus is whether or not the next mainline games would be open world. This does seem to be the case, with the official site revealing:

‘Various towns blend seamlessly into the wilderness with no borders. You’ll be able to see the Pokémon of this region in the skies, in the seas, in the forests, on the streets—all over! You’ll be able to experience the true joy of the Pokémon series—battling against wild Pokémon in order to catch them—now in an open-world game that players of any age can enjoy.’

This is an interesting move, but one that could really help push the series forwards. The open-world nature of Arceus was easily the game’s highlight, allowing players to seamlessly explore a bustling world filled with roaming Pokémon.

Now onto the setting/ region of Pokémon Scarlet and Violet. There has been no official word on what the new region is called, but it looks to be Mediterranean in style. Many have pointed to Spain as an influence, with sun-bleached houses and wide open grasslands. You can see the new setting in the image above.

Pokémon Scarlet and Violet Pokédex – will every Pokémon be included?

Since the launch of Pokémon Sword and Shield back in 2019, the Pokémon games have been experimenting with ditching the National Pokédex, choosing to instead include a specific list of Pokémon. This is understandable given that there are now well over 900 Pokémon in total. We see some of the Pokémon featured in the games in the reveal trailer, but so far there hasn’t been a full list revealed yet.

Finally, let’s take a look at Pokémon Scarlet and Violet’s Pokémon Home compatibility. This was not mentioned during the reveal, but as pointed out by Serebii on Twitter, the Japanese official game site has this to say:

Serebii Note: It is listed that you can only put the specific Pokémon available within Pokémon Scarlet & Violet into it through Pokémon HOME indicating not all Pokémon may be coded within https://t.co/gDbXkHSvkT pic.twitter.com/iOM5Z31Wtd

It’s likely that Pokémon Scarlet and Violet will not feature every Pokémon, so it stands to reason that only select Pokémon will be eligible for transfer using Pokémon Home.

Once we hear more about Pokémon Scarlet and Violet we’ll be sure to update this page. In the meantime, head on over to our review of Pokémon Legends Arceus. to see what we thought of the new open world formula.