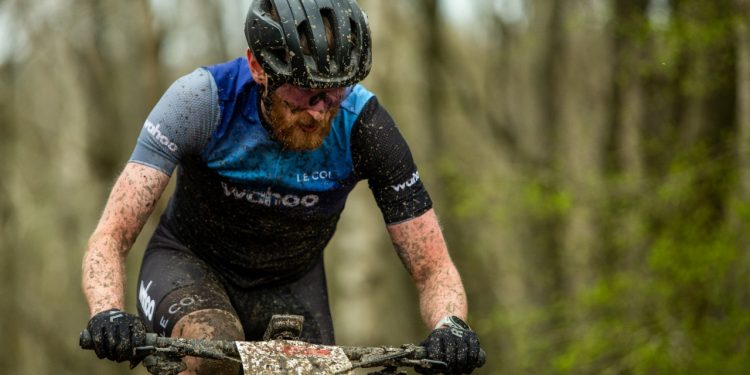 TOP riders competing in one of cycling’s most exciting disciplines will descend on Lochore Meadows this weekend as a prestigious event arrives in Fife.

Round three of the British Cycling National Cross Country Series – in which Dunfermline bike star, Rab Wardell, will compete – takes place over the course of today (Saturday) and tomorrow (Sunday).

The mountain bike series, which takes place over five rounds, will be held in an Olympic Cross County (XCO) format, with events for all age categories.

Races for elite male and female riders takes place tomorrow – with the action beginning in earnest with an under-12 skills sessions race at midday today – and is set to showcase the high calibre of rider within the sport.

British riders, Evie Richards and Tom Piddock, are the current women’s world and men’s Olympic champions in the sport, highlighting the strength-in-depth within the sport, and Rab, who now lives in Glasgow, admitted the prospect of competing in such a high-class event so close to home was something he felt he couldn’t miss.

“For it to be a round of the British national mountain bike series, which I spent a number of years travelling to race in these races, for there to be one at home seemed like a great opportunity,” he explained.

“This weekend is also the first round of the Mountain Bike World Cup. A few of the riders that have beaten me this year are actually competing in the World Cup, so it’s an opportunity to get a good result. There’s world ranking points on offer, which are quite difficult to come by.

“I’m seeded sixth going into the race, so I’m hoping to at least match that, if not better that in the result, so that’s kinda the motivation to be honest.

“It would feel a bit crazy to miss it.

“To be able to race at home, and a race at this level – you have the British national series coming to Lochore Meadows – it’s never happened before. It’s exciting.”

Rab, who competed in the 2006 Commonwealth Games, pedalled his way into the record books two years ago by setting a record completion time for riding the iconic West Highland Way.

Since then, he has returned to competing in mountain bike racing, and continued: “I’m motivated; I’ve been training well for a couple of years now, since I’ve come back out of the West Highland Way project, and then, last year, I’ve just been competing momentum really.

“It’ll be my fourth race of the season as well, so I’m starting to ride myself into a little bit of form. I had a good race last weekend in Portugal, so I’m keen.

“The event’s organised by the SXC, which is the Scottish Cross-Country Mountain Bike Series. There is a Scottish national series that runs year-round; I think the last race was just a week past and it was in Falkirk.

“There are events happening all the time in Scottish mountain biking.

“I’d be really happy if I’m racing on Sunday if I see some familiar faces that come to watch or see what it’s all about. I know that, when I was in high school, I guess I was the ‘bike guy’ – I had this kind of niche hobby where I’d go mountain bike racing every weekend.

“Now that there’s a national level event taking place in Fife, just outside Dunfermline, it would be cool if people wanted to turn out and see what it’s all about.”

“I think the only thing it really compares to is the national championships, which will take place in Glentress, in Peebles, this summer.

“It’s also an opportunity to see some of the riders that might compete in the World Championships, which take place in Scotland next year.

For a full schedule of events at Lochore Meadows this weekend, visit https://www.britishcycling.org.uk/events/details/257448/British-Cycling-National-Cross-Country-Series-Round-3.