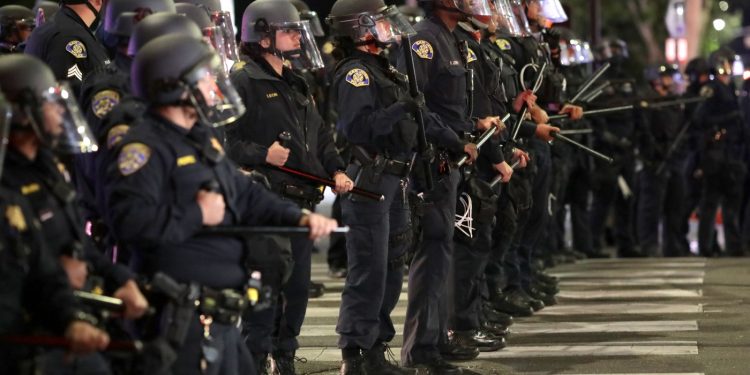 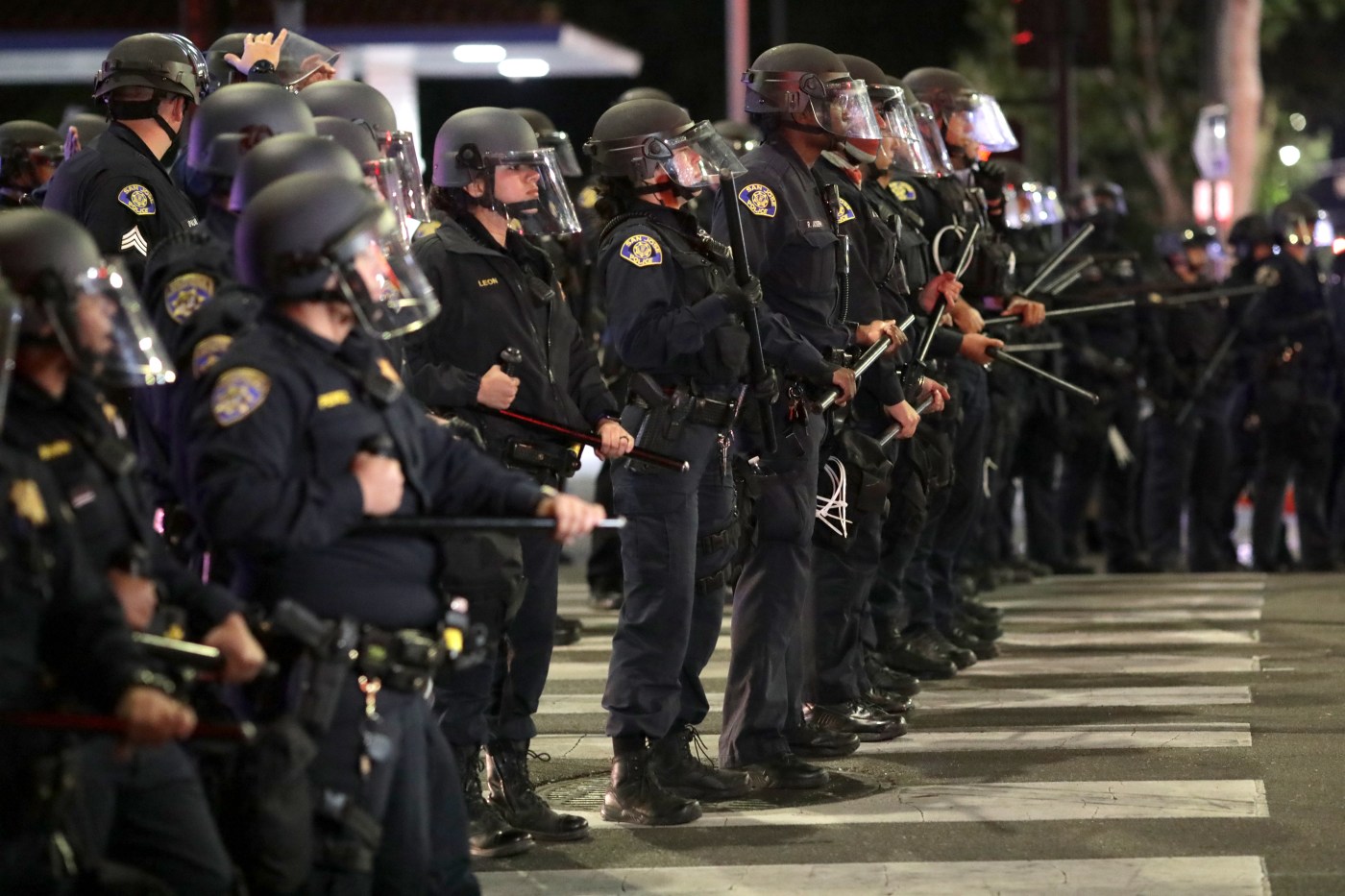 When racial justice protests broke out in downtown San Jose during the summer of 2020, most of the city’s police officers and commanders weren’t properly trained to handle large demonstrations, according to a newly released report.

Because the officers had “no clear understanding of the mission” and weren’t adequately supervised, they inevitably “improvised” their use of force tactics, the report states. In the aftermath of that chaotic response, the San Jose Police Department was widely criticized for using rubber bullets, tear gas and other munitions to disperse nonviolent people protesting police officers’ disproportionate use of force against people of color.

“Inexperience with civil unrest and limited supervision in the field set the stage for officers to deploy munitions with less focus and precision than would normally be expected for any use of force,” the report noted.

The independent after-action report, released earlier this week, was conducted by the police auditing firm OIR Group. It was accompanied by a written response from Police Chief Anthony Mata.

To be better prepared for future demonstrations, the report advises the police department to make sure all its lieutenants are fully trained in the fundamentals of commanding crowd control incidents like the 2020 protests.

But Mata says the department doesn’t have the money to pay for that.

Although the department’s annual budget totals $487 million, Mata said it would need at least $1.1 million more to pay its 217 lieutenants and sergeants overtime to get the minimum recommended training through the Federal Emergency Management Agency.

And that doesn’t include the cost of instructors, travel or per diem, Mata said. Because the department is short-staffed, the training would have to take place outside officers’ regular shifts, he added.

A separate city audit report released last year found that SJPD’s overtime pay quadrupled over the past decade as dozens of officers each year exceeded work limits set by the department’s duty manual.

Instead of paying for even more overtime for training, the police department plans to require all sworn personnel to complete a pair of free, two-hour introductory online courses on how to appropriately respond to critical incidents like large-scale demonstrations by October.

“This will not fulfill the recommendation of ensuring Department members are ‘well-versed in the fundamentals of the Incident Command System,’ ” Mata wrote in his memo. “However, it will bring a rudimentary understanding in the short-term.”

Mata said the department is “currently prioritizing racial equity training” so it only has the capacity to require basic crowd control training through the free two-hour courses until it can later seek additional budget funds for intermediate and advanced training.

Shivaun Nurre, San Jose’s independent police auditor, declined to comment publicly on the report ahead of Tuesday when the City Council is scheduled to discuss the matter. But Aaron Zisser,  the previous police auditor, said Mata’s response fails to instill public confidence that the department is truly attempting to reform.

“They’re sort of setting this up like it’s either racial equity training or First Amendment protests, but the two go hand and hand,” he said. “Protest activity is a way to engage around questions around race and equity.”

“Unfortunately, in many instances, watching a video falls well short when it comes to teaching critical skills that are perishable and we encourage City leaders to engage with us to create a real plan to implement many of the recommendations that have been made,” Sean Pritchard, president of the San Jose Police Officers’ Association, said in a statement.

Mayor Sam Liccardo said he is “confident” there’s a way for the police department to get the necessary training “for less than $1 million.” He suggested, for example, that it could begin by focusing on training a group of lieutenants who would most likely be deployed to demonstrations.

“It’s not obvious to me that we need to eat the elephant in one bite,” Liccardo said.

The independent review released this week was the second report to highlight how SJPD’s training gaps led to a “disjointed” response to demonstrators protesting the police killing of George Floyd in the summer of 2020. In September 2020, SJPD released its own internal “after-action” report that found officers’ inexperience with large protest crowds led to issues during the demonstrations three months earlier.

In this latest independent review, auditors asked an SJPD lieutenant when the last substantive civil disorder training took place. “Never,” was the answer.

In addition to gaps in training and ineffective field supervision, the report faulted the way curfews were declared by city officials during several nights of demonstrations.

A curfew was announced just three and a half hours before it went into effect, was not widely disseminated on social media or the city’s emergency messaging system and was only given in English. That short notice and inadequate public awareness campaign gave residents little, if any, time to plan for compliance and also gave SJPD little time to brief its officers about enforcement expectations, according to the independent review.

The OIR Group’s report offered 32 recommendations for making constructive change in the department. Mata said SJPD has already addressed most of the recommendations and is addressing others.

“Any large police department serving a city this size is going to commit mistakes and the quality of the organization depends on the ability of its members to learn and for the organization to evolve,” Liccardo said.