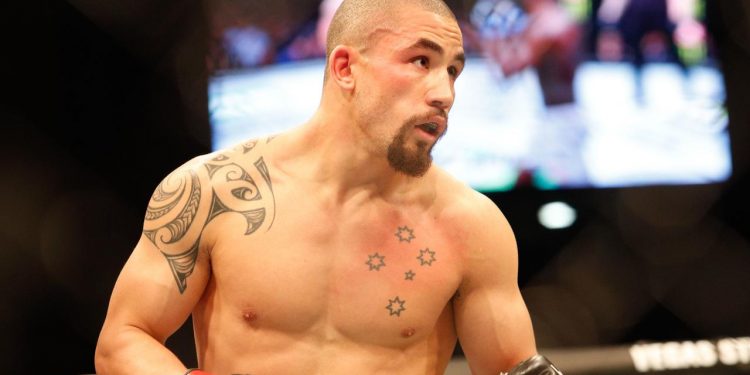 
When Robert Whittaker withdrew from his bout against former UFC title challenger Marvin Vettori, it left the Italian desperate for an opponent.

“We’re back at this,” Vettori tweeted.

“I think I’m the only 185er that can say that has never pulled out of a fight”.

However, the former middleweight champion still intends on honouring the fight he promised.

“I don’t get to where I am today taking fights at anything less than 100 per cent … at anything but my best,” Whittaker told Fox Sports following news of his injury.

“I just need a couple more months to heal, so I guess I’m looking for that late August mark.

“Hopefully Vettori keeps himself free for that date and we can cross the line there.”

Both fighters are considered the middleweight division’s elite.

Whittaker has only lost to one fighter in the past eight years, while Vettori similarly only stumbled against a single opponent since 2016.

The outlier for both men: current champion Israel Adesanya.

“There is a rumoured Paris card with rumoured ‘Bam Bam’ (Tuivasa) on it and Ciryl Gane, and that would be my ultimate goal,” Whittaker said.

The bout between Mt Druitt’s Tai Tuivasa and #1 ranked Frenchman Ciryl Gane has been all but confirmed for early September.

“I would love to jump on that card,” Whittaker said.