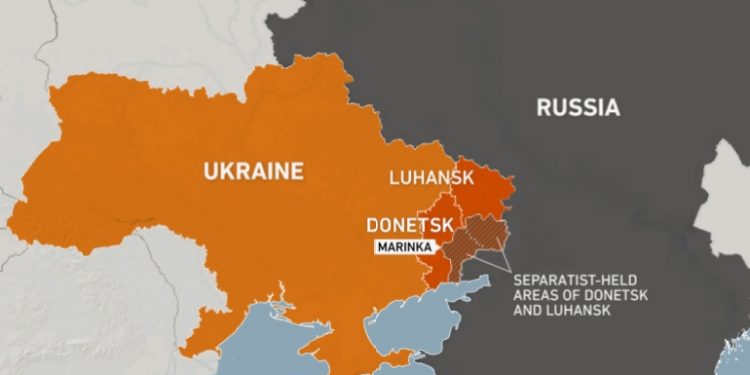 
Ukraine’s military command says its forces have been forced to retreat from Lysychansk, the last major Ukrainian-held city in the region.

Russia has claimed its forces have taken full control of the Luhansk province in eastern Ukraine, after capturing the final Ukrainian holdout of Lysychansk.

Ukraine’s military command confirmed Lysychansk had been captured on Sunday, although Ukraine’s president had earlier said that fighting was continuing in the outskirts of the city.

Ukraine’s military command said its forces had been forced to retreat from the city.

“The continuation of the defence of the city would lead to fatal consequences. In order to preserve the lives of Ukrainian defenders, a decision was made to withdraw,” it said in a statement on social media.

“We cannot give you the final judgment. Lysychansk is still being fought for,” Zelenskyy told a news conference alongside Australia’s visiting prime minister.

He said Ukrainian forces were still battling Russia’s soldiers on the city’s outskirts and that territory can move quickly from one side to the other.

Luhansk Governor Serhiy Haidai had written on his Telegram account: “The Russians are strengthening their positions in the Lysychansk area, the city is on fire …They attacked the city with inexplicably brutal tactics.” 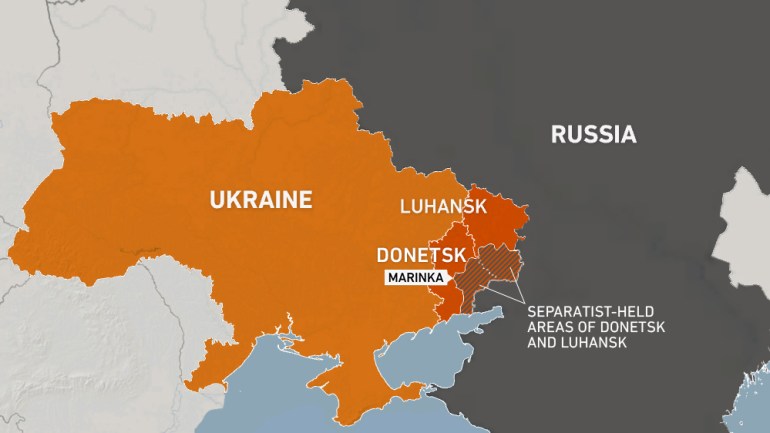 Meanwhile, the Institute for the Study of War, a Washington-based think tank, wrote in a briefing note that “Ukrainian forces likely conducted a deliberate withdrawal from Lysychansk, resulting in the Russian seizure of the city on July 2”.

The briefing noted that Ukrainian military officials did not “publicly announce a troop withdrawal but neither did they report on defensive battles around Lysychansk”. It added Russia would “likely establish control over the remaining territory of Luhansk Oblast in coming days”.

Ukrainian fighters spent weeks trying to defend Lysychansk and to keep it from falling to Russia, as neighbouring Severodonetsk did last week. A presidential adviser predicted late on Saturday that the city’s fate could be determined within days.

A river separates Lysychansk from Severodonetsk. Oleksiy Arestovych, an adviser to the Ukrainian president, said during an online interview late on Saturday that Russian forces had managed for the first time to cross the river from the north, creating a “threatening” situation.

Arestovych said at the time that Russian forces had not reached the centre of the city but that the course of the fighting indicated the battle for Lysychansk would be decided by Monday.

The provinces of Luhansk and Donetsk make up the Donbas region, where Russian separatists have been fighting Ukrainian forces since Russia annexed Crimea in 2014.

Prior to the Russian invasion, separatists had created so-called people’s republic’s in portions of both Luhansk and Donetsk, although they are not internationally recognised. Shortly before launching the invasion of Ukraine on February 24, Putin declared both regions independent of Ukraine. 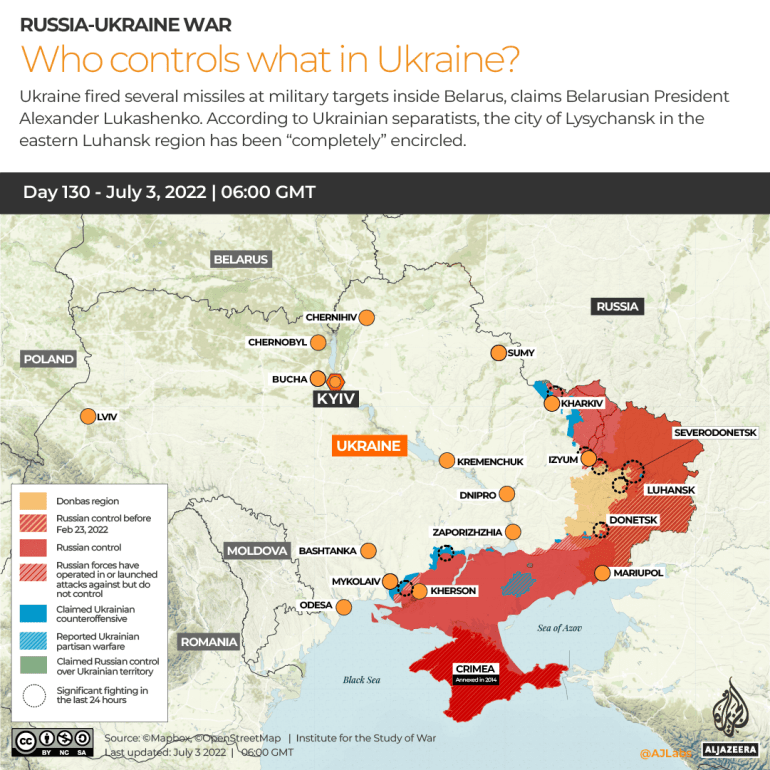 Putin has maintained the predominantly Russian-speaking Donbas region is pro-Russia, although polls have indicated that is not the case.

The Russian leader initially targeted Kyiv and other western cities after launching its invasion, but refocused on the eastern Donbas region after its wider offensive stalled in late March.

If Russia does take complete control of Luhansk, it will be better positioned for an offensive on Donetsk, with the Ukrainian-held city of Sloviansk, which has come under rocket attacks several times since Russia’s invasion began, likely the next target.

While Russia’s superior firepower has aided its advance, the Institute for the Study of War noted in its briefing that Russian forces are likely to have a difficult time advancing in Donetsk beyond the cities of Sloviansk and Kramatorsk.