Shark attacks are a tragic but rare occurrence in Australia 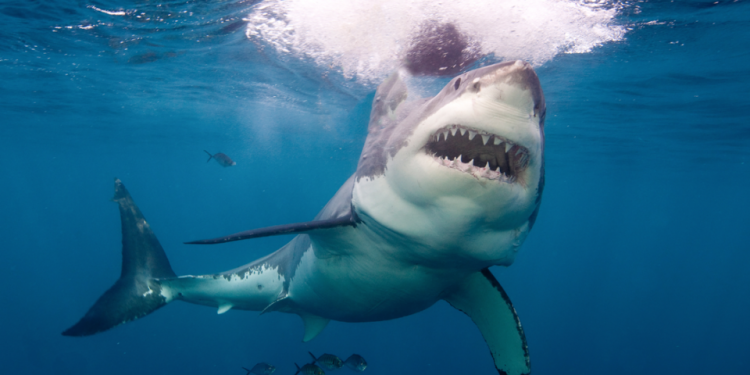 
The death of British diving instructor Simon Nellist in a shark attack on Wednesday was a freak tragedy.

It was the first fatal incident in Sydney waters since 1963, and experts say shark attacks – while horrific – are rare occurrences because the creatures don’t actually seek out humans.

“In this case, this animal was at the wrong place at the wrong time,” Dr Vanessa Pirotta, a leading marine biologist at Macquarie University, told The New Daily.

According to the Taronga Conservation Society Australia, four other people were injured by shark interactions this year, but all survived.

In 2021, 15 people were injured in shark attacks in Australia, and a further three died.

Stats from recent years do rank Australia first globally when it comes to shark attacks, and second in non-fatal bites after the United States.

Due to a combination of climate, coastline and population, these incidents tend to occur around NSW, Western Australia and Queensland.

But given how many people swim and surf in the ocean around Australia, the figures also show that shark attacks are far more rare than movies make out.

“Sharks are part of the natural environment in the ocean, and they are not actively searching for humans,” Dr Pirotta said.

“This is an an unfortunate overlap of the same environment, and an opportunistic encounter.”

Why do shark attacks occur?

Figuring out why sharks sometimes attack humans has been a white whale for Australian researchers, and nobody has a definitive answer.

A common explanation is that sharks swimming underneath paddling surfers mistake their silhouettes for seals.

But Mr Nellist, as well as many other shark attack victims and survivors, wasn’t surfing.

“It’s most likely the case that this animal was overlapping in habitat and saw an opportunity, and was more opportunistic in this case to try its luck and predated on the human,” Dr Pirotta said.

According to the NSW government’s Shark Smart tracking program, three species of shark in Australia have been known to attack humans: Great White Sharks, Bull Sharks and Tiger Sharks.

A Great White is believed to be behind the recent Sydney attack, and researchers believe this species has poor eyesight, which might cause them to mistake humans for more normal prey.

How to be aware of sharks

Sharks are an important part of healthy oceans. When we enter the water, we enter their environment.

While some of the other shark attacks over the past two decades occurred in cities such as Perth, Adelaide and the Gold Coast, many more occurred on remote beaches and reefs.

Short of avoiding the ocean altogether, there’s not much people can personally do to avoid sharks.

However, Dr Pirotta said that swimming at heavily patrolled beaches, such as Bondi in Sydney, means lifesavers and other authorities can call swimmers and surfers out of the water before a shark can even get close to them.