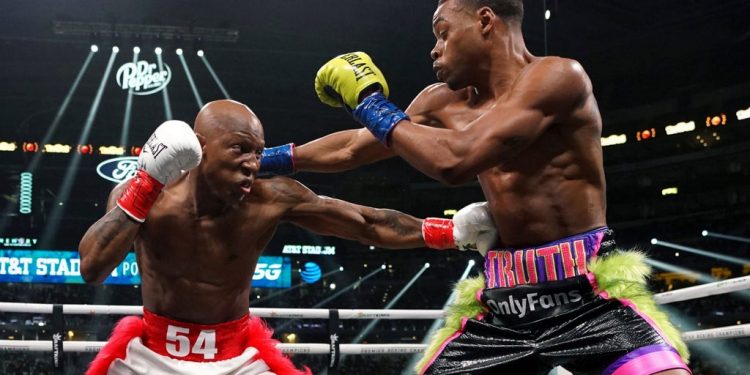 Prior to Saturday night’s main event, it had been 16 months since Spence Jr competed, with the American having beaten compatriot Danny Garcia via decision in December 2020 before going on to have surgery on his eye.

The Cuban could not replicate that statement win, however, as he fell victim to Spence’s vicious and varied offence in front of a roaring Texas crowd.

Though Ugas was spirited throughout, he began to wilt physically as the fight progressed. His best moment came with a one-two in the sixth round, when a distracted Spence expected the referee to retrieve his mouthguard. The punches sent the American staggering against the ropes, but Spence went on to produce his best work, causing Ugas’ right eye to swell significantly as the rounds passed by.

Ultimately the injury, caused and worsened by fierce left hooks and uppercuts, led the official to call a stop to the action in the 10th round, ensuring a TKO victory for Spence Jr.

The southpaw thus remained unbeaten (28-0, 22 KOs) as he targets a unification clash with compatriot Terence Crawford.

“Everybody knows who I want next, I want Terence Crawford next,” Spence said in the ring after the fight.

Crawford responded on Twitter: “Congratulations great fight now the real fight happens. No more talk no more side of the street let’s go!!!!

“Keep my belts warm I’ll be coming to grab em later this year.”