Step on the gas: Hydrogen cars could be the answer to clean driving


The race is well under way for car makers who are creating a new generation of clean, green cars.

And rather than rely on batteries, these vehicles are powered by hydrogen — stored in a pressurised tank — and generate their own on-board electricity using a ‘fuel cell’.

Not only are they zero-emissions, some even leave the air cleaner as they drive. I’ve driven a few of them already and their numbers are growing. 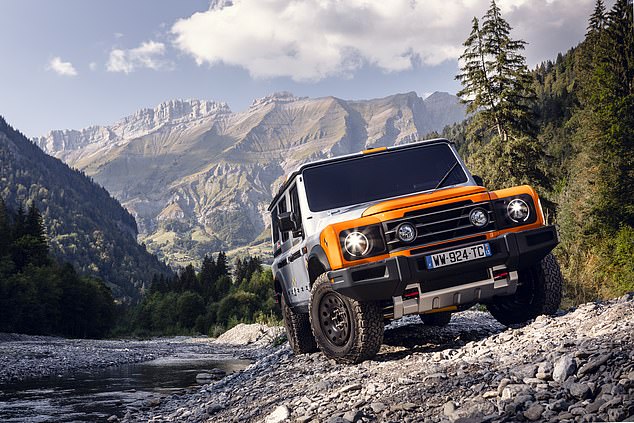 Revolutionary: The new Ineos Grenadier will have a zero-emissions hydrogen fuel-cell version

Toyota has launched its sporty, coupe-like, second-generation, fuel-cell Mirai, Hyundai has its award-winning Nexo SUV and BMW has just announced new trials with a fuel-cell SUV by the end of next year

Vauxhall, Peugeot and Citroen — all part of the growing Stellantis conglomerate — are to introduce hydrogen fuel cell vans with a 250-mile range before the end of this year, which is seen as a stepping stone towards wider take-up.

Some commercial vehicles including buses, council van fleets, and police cars already use hydrogen-electric fuel-cell power. And even the Pope has one, courtesy of Toyota.

This week, Jaguar Land Rover announced it, too, was to launch a prototype hydrogen-electric fuel-cell car based around its new Defender 4×4. 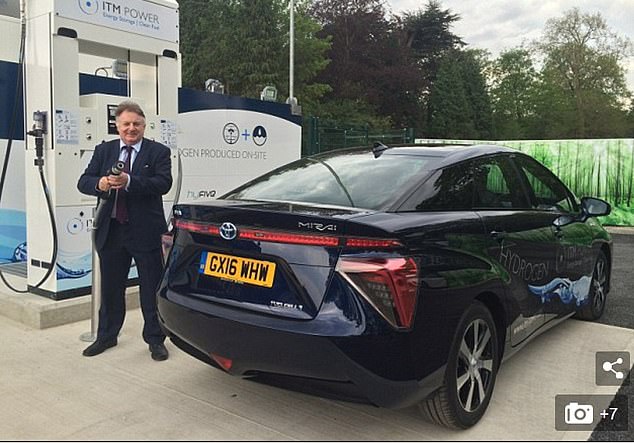 Testing of a prototype begins later this year, with production models of fuel-cell Land Rover Defenders, Discoveries and Range Rovers potentially on the road within the decade.

The prototype is part of Jaguar Land Rover’s aim to achieve zero emissions by 2036, and net zero carbon emissions across its products, suppliers, operations by 2039.

Its hydrogen-electric Zeus project is part-funded by the pioneering and government-backed Advanced Propulsion Centre based at Warwick University.

Jaguar Land Rover is far from being the first car manufacturer to embrace hydrogen. But its entry into the market is significant. Here’s why.

The Government has announced that sales of new petrol and diesel cars will be banned by 2030 as cars become zero-emissions.

Clean, green and lean: Fuel-cell cars on the ever-expanding market 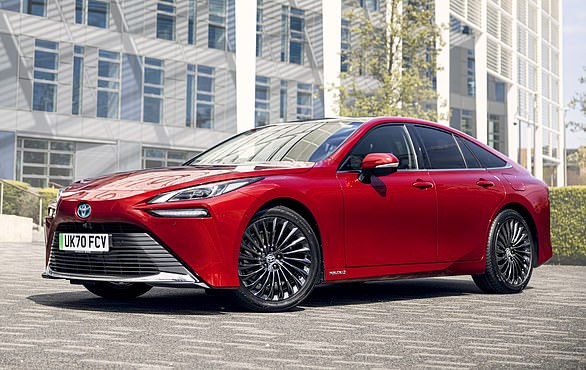 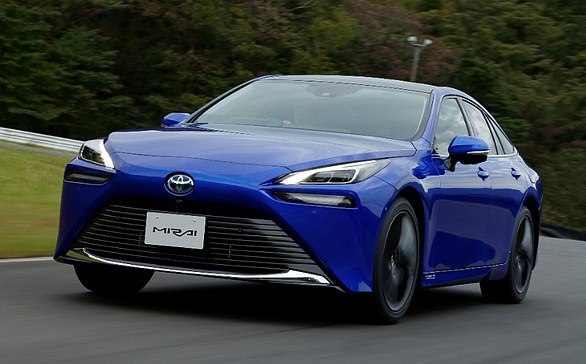 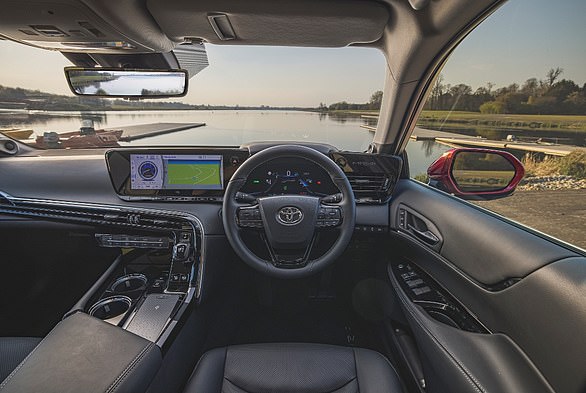 The new and surprisingly sporty four-door five-seater Mirai is the second generation of Toyota’s zero-emissions saloon.

The Japanese car maker says improvements have helped boost fuel economy by 10 per cent to achieve a 30 per cent increase in range to 400 miles. 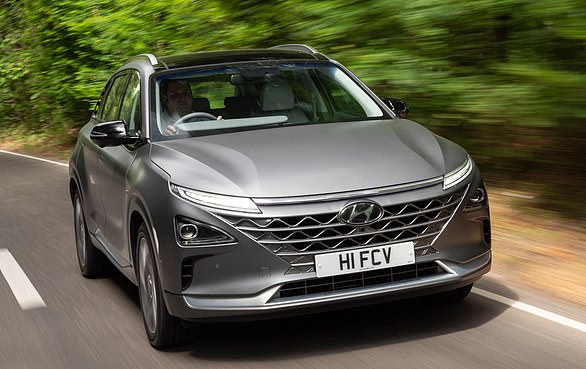 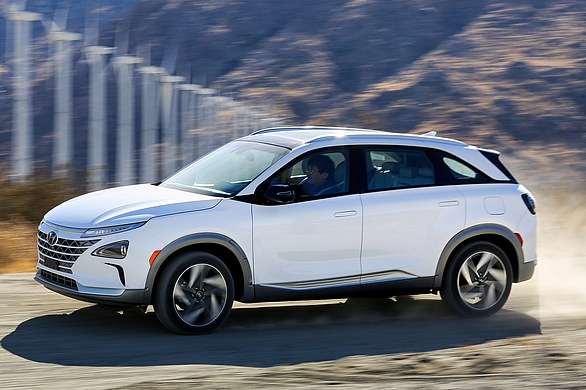 Hyundai is already a big supporter of hydrogen cars and its latest NEXO fuel cell car — costing from £65,495 — has a range of 414 miles, more than most electric cars.

With a five-star EuroNCAP crash rating, the SUV accelerates from rest to 62 mph in 9.4 seconds up to a top speed of 111 mph and can be refuelled in five minutes.

BMW i Hydrogen NEXT (X5) 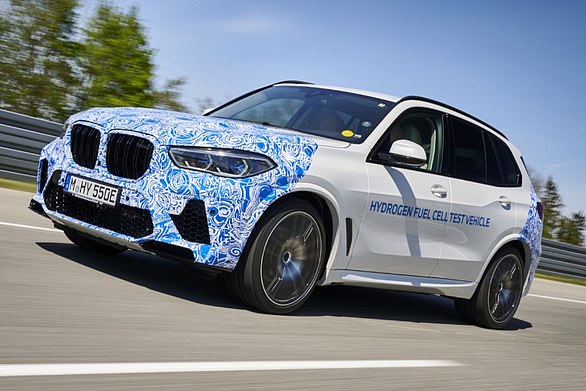 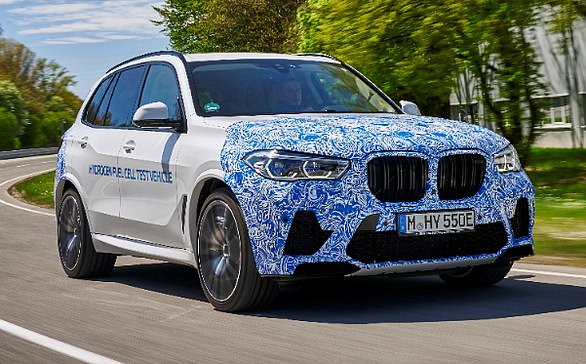 BMW announced on Wednesday it is beginning to test ‘near-standard’ vehicles with a hydrogen fuel cell drive train.

The new testing programme under ‘real-life conditions’ will pave the way for the German giant to launch a hydrogen fuel cell model in late 2022.

Based on the long-standing X5 SUV, it will be dubbed the BMW i Hydrogen NEXT. 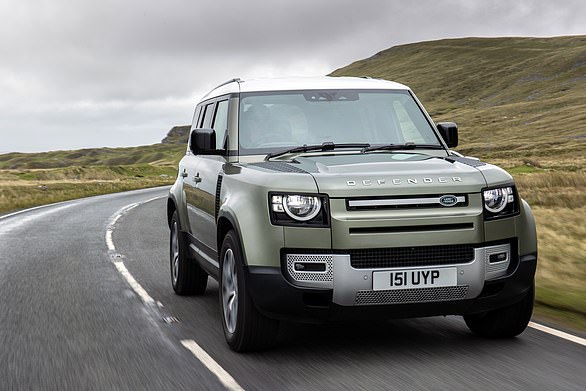 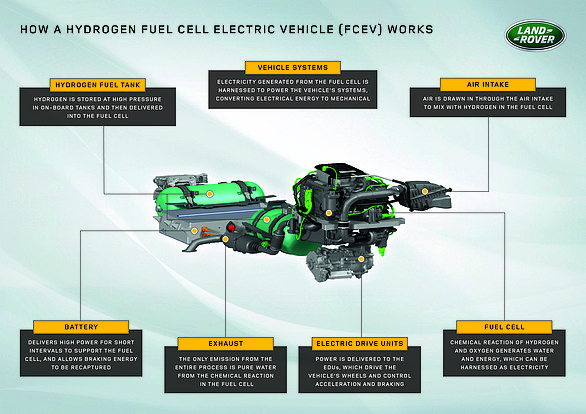 The prototype hydrogen-electric fuel cell Land Rover is based on the long-wheel-base Defender 110 model.

A production model could be on sale within five years, given the rapid acceleration of technology.

Expect prices to start from about £70,000. No official performance figures are available yet, but a 400-plus mile range and a top speed of about 120 mph seem likely. 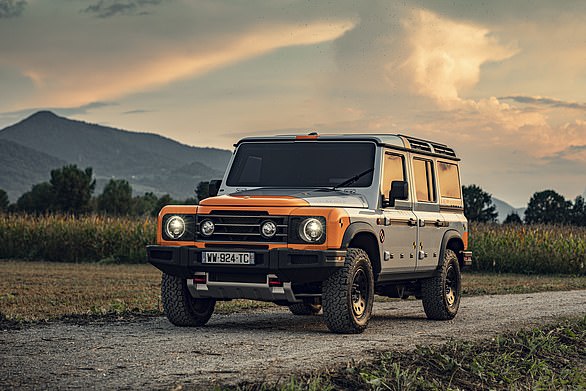 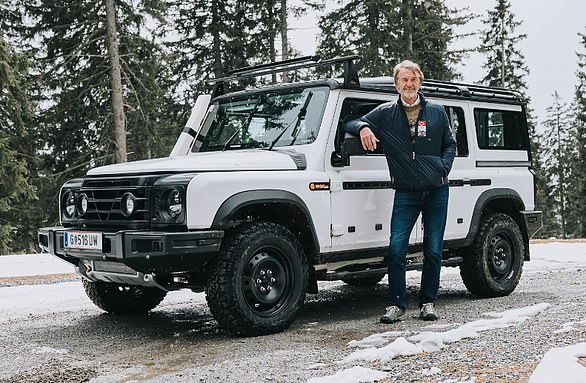 Sir Jim Ratcliffe’s own refineries can produce and supply hydrogen to filling stations and his companies produce around 300,000 tons of hydrogen a year.

With so many battery-electric vehicles now hitting the market, most people assume that this is the only option.

But fuel-cell cars provide an alternative type of zero-emissions vehicle that doesn’t rely on a plug, carries its own fuel in a tank, generates its own electricity on board, doesn’t rely on a paucity of public charging points, and has a range of more than 400 miles — enough to get you from London to Edinburgh.

So, after many false dawns, perhaps hydrogen’s time has come.

Land Rover’s first hydrogen-powered project aims to disarm critics who condemn large 4x4s and SUVs by creating a green off-road vehicle that really does guzzle gas but in the most environmentally clean way possible.

Although hydrogen is the principal source of power, a fuel-cell vehicle is actually an electric car driven by electric motors.

That’s because fuel cells act as a mini on-board power-station, creating electric power from the fusion of hydrogen from the vehicle’s fuel tank and oxygen atoms sucked in from the atmosphere.

The only by-product from the exhaust is water so pure you can drink it.

Experts say the hydrogen option is particularly suited to larger vehicles, including commercial ones, which is why many local councils and some firms are adding hydrogen-powered truck and buses to their fleets.

Watch out for the dozy drivers on our roads

And one in ten surveyed admitted to momentarily closing their eyes because they were so tired.

But even the briefest lapse in concentration when driving can have devastating consequences. Indeed, a car doing 70mph travels over 100ft every single second, according to the report. 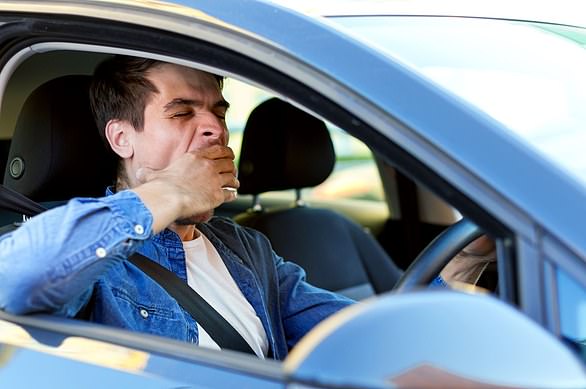 Asleep at the wheel: One in ten motorists surveyed admitted to momentarily closing their eyes because they were so tired

More than half of drivers also said they were concerned about fatigue when driving long distances.

While tired one in ten drivers admitted they had hit the road’s safety ‘rumble strip’, four in ten had turned down the heating or rolled down the windows in order to try to revive themselves.

On a more positive note, around a quarter of drivers had pulled over for a rest.

Many modern – and especially premium – cars have fatigue-alert warnings which monitor a driver’s eye movements and warn them to take a break if sensors detect a lapse in concentration.

Neil Greig, IAM RoadSmart director of policy & research, says: ‘It is shocking to think up to four million drivers have closed their eyes behind the wheel.’

He adds: ‘Never drive for longer than two hours without a break and take particular care if driving at a time of day or night when you would normally be asleep.’

Re-fuelling may be an issue, but the number of hydrogen filling stations is increasing.

ITM is the UK’s biggest hydrogen filling station provider with eight built so far, plus four more under construction and six others planned.

Since 2018, experts say the number of fuel-cell electric vehicles globally has nearly doubled, while hydrogen refuelling stations have increased by more than 20 per cent.

Filling up your fuel-cell car is similar to using a petrol pump. I’ve done it myself.

You manoeuvre a super-sized nozzle that clamps itself onto the fill-up link, and the pump injects the hydrogen at high speed and under pressure into the tank. There’s a loud whoosh. And within a few minutes, you’re done.

Arguably, it’s safer than filling up with regular unleaded. And despite fears about highly explosive hydrogen — linked to the ill-fated Hindenburg airship which exploded in 1937 — backers insist it is safer than petrol, as it does not ‘pool’ when spilled.

But how much does it cost to fill-up? Unlike petrol and diesel, hydrogen gas is sold ‘by weight’, and is currently priced at £10, plus VAT, per kilogram.

ITM says the price is designed to be roughly on a par with that of diesel at the pumps. Toyota’s new Mirai, for example, has capacity for 5 kg, which means it will cost about £50, plus VAT, to fill up.

‘The technology will only improve the more it is invested in. So the news of a major British company like Jaguar Land Rover starting development and testing of its own fuel cell vehicle can only be good news.’

Spain starting to 'bubble' at Euro 2020 but can they continue that momentum as they step up in competition?

Homes for the festival season – in pictures | Money