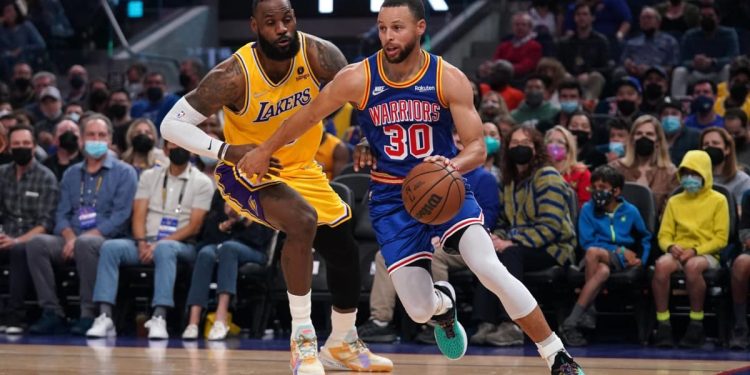 LeBron James named the active players he most wants to play with in a clip released Wednesday, and at the top of the list was Steph Curry.

“Steph Curry is the one I want to play with,” James said on HBO’s The Shop: Uninterrupted. “I love everything about that guy. When he get out his car, you better guard him right from the moment he pulls up to the arena.”

Well, Curry heard about it. In an interview with Matt Steinmetz and Daryle ‘the Guru’ Johnson on 95.7 The Game, Curry responded to hearing about LeBron’s opinion.

“That is phenomenal,” he said.

While Curry was clearly flattered, he mentioned playing with James in the All-Star game was good enough for now.

“He got his wish, as a captain he’s picked me the last two All-Star games,” he said. “So I don’t know if that suffices, but I’m good right now.”

Curry made sure to praise James, acknowledging his greatness, but said this thought was unlikely anytime soon.

“Whenever you get the interest or curiosity of what it would be like to play with an MVP-caliber dude like he is, and one of the greatest of all time, cool, it’s amazing,” he said. “We all can live in that fantasy world though.”