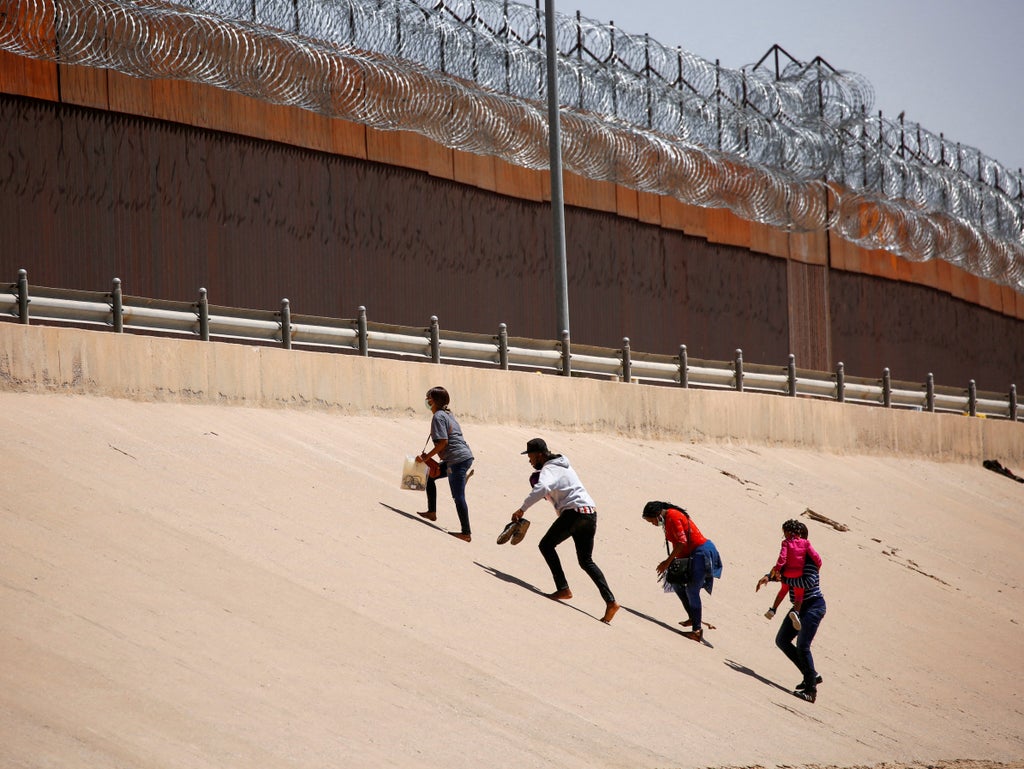 The Texas Republican’s administration oversaw the first arrival of a busload of undocumented migrants to the nation’s capital on Wednesday; the bus arrived at the headquarters of right-leaning network Fox News, which was the first to report on the scene and had a story published within minutes of their arrival.

The White House has blasted Mr Abbott’s efforts as a publicity stunt. State officials do not have legal authority outside of their own jurisdiction, and it’s not clear if the group of migrants that arrived on Wednesday did so with the cooperation, consent or knowledge of Washington DC city officials.

A request for comment was not immediately returned by a Fox spokesperson. The Independent has also reached out to DC Mayor Muriel Bowser’s office to determine whether her administration is providing support to the migrants once they arrived.

“As the federal government continues to roll back commonsense policies that once kept our communities safe, our local law enforcement has stepped up to protect Texans from dangerous criminals, deadly drugs, and illegal contraband flooding into the Lone Star State,” Mr Abbott claimed in a statement.

The bus that arrived on Wednesday contained “dozens” of migrants but a full count was not immediately available. Texas officials have said that the charter buses they planned to use for the trips could carry roughly 40 people each; according to Fox, some of the people who arrived on Wednesday did so as family units.

Mr Abbott is running for reelection this year and faces a challenge in the form of Beto O’Rourke, a former Democratic congressman in the state who is now trying to unseat the governor following his failed 2020 presidential bid.

Whether or not the governor is found to have violated the law with his decision to bus migrants across state lines to what he views as a Democratic-held stronghold is somewhat secondary to the fact that Wednesday’s action is a clear move of escalation in the feud between the White House and Republican governors and lawmakers over the issue of immigration.

Republicans have spent the sum total of the Biden presidency so far complaining that the president’s rollback of immigration policies widely criticised as inhumane was effectively encouraging further northern migration throughout Central and South America. The White House has placed Vice President Kamala Harris in charge of the situation and worked to address what it identifies as the root causes of migration throughout the Americas, but little progress has been made on that front.

The Biden administration recently announced that the CDC would rescind the Title 42 authority granted under the Trump administration to turn away asylum-seekers at the border, a move which Republicans argue is going to further drive illegal migration and asylum claims, which are legal but require a person to be physically present at the US border or inside the country for claims to be processed.

As a result, the GOP has insisted that Joe Biden and the CDC restore the rule and have threatened to block funding for future federal measures to help Americans with Covid-19 in response. That confrontation led to Ms Psaki accusing the GOP of holding Covid-19 funding “hostage” during a Fox News Sunday interview over the weekend.

Immigration and fears of so-called migrant “caravans” have become favoured boogeymen of the right as the GOP once again enters election mode and seeks to retake control of both the House and the Senate in the fall.