The Best Shows on Binge According to Rotten Tomatoes 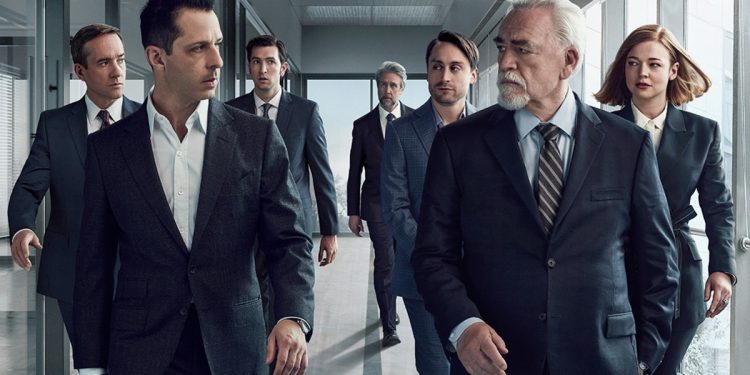 Competition between streaming services in Australia is fierce but it’s hard to deny some of the best TV shows are on Binge.

This is in large part due to the fact that Binge is home to most of the movies and TV shows in the HBO catalogue, which is widely considered to be some of the best content around.

But you don’t have to take our word for it. Review aggregator Rotten Tomatoes proves that some of the best-scored TV shows of all time live on Binge, and they have the certified fresh scores to show for it.

Here are some of the best shows you can find on Binge ranked by their Rotten Tomatoes score.

Bill Hader steals the show as Barry, a hitman who travels to Los Angeles to eliminate a target but ends up joining an acting class and questioning his career path.

Barry has scored multiple Emmy wins and more nominations than you can count which reflects its insanely high RT score.

I May Destroy You

I May Destroy you raked in 9 Emmy nominations this year, and for good reason.

The story follows a successful writer in her 20s who tries to rebuild her life after being sexually assaulted. The TV show is timely, powerful and showcases Michaela Coel’s incredible talent.

Created by the powerhouse that is Ryan Murphy (American Horror Story, American Crime Story), Pose is a pivotal TV series for the LGBTQ+ community.

The series explores the underground drag ball culture scene in New York City in the 1980s-1990s and features a groundbreaking cast of LGBTQ+ actors.

Reservation Dogs brings the great minds of Sterlin Harjo and Taika Waititi together for a story about four indigenous teenagers trying to escape from rural Oklahoman to the mysterious land of California.

The TV show follows a group of diverse young women who are trying to survive the predominantly male world of skateboarding in New York City.

You’ve probably heard of Donald Glover’s Atlanta. The comedy-drama series has received plenty of Emmy and Golden Globe nominations over the years and for good reason.

Atlanta stars Glover as Earn, a university dropout turned manager who’s attempting to get his cousin’s rapping career off the ground to try and earn a living and create a better life for his daughter.

A surprise choice but the unlikely superhero team of misfits in Doom Patrol have worked their way to the top of the Rotten Tomatoes ratings.

The team is made up of heroes who have all suffered some form of a horrific accident that has left them disfigured but with superhuman abilities. They’re definitely not your typical Justice League but it’s well worth a watch for superhero fans.

Kaley Cuoco proves herself as a leading lady in HBO’s thriller The Flight Attendant. Cuoco plays Cassie, a flight attendant who spends her life recklessly alcohol and sleeping with strangers. When she wakes up next to a dead body one day she has to piece things together to try and figure out the killer.

The Flight Attendant is about to return for a second season so make sure you catch up on all the action on Binge.

Zack Snyder’s take on DC’s seminal comic book series Watchmen was met with mixed reviews but there’s no doubt the new HBO series is one to watch.

Watchmen takes place years after the events of the comics and explores racial tensions in a small town in Oklahoma where police conceal their identities behind masks.

Chernobyl is a nuclear disaster that many of us know about thanks to history lessons, but you haven’t seen the story told quite like this.

The HBO miniseries tells some of the lesser-known stories around the Chernobyl disaster including the first responders on the scene and the workers who tried to stop it from happening.

The Americans has been a staple at awards shows ever since it began airing, and its Rotten Tomatoes score has never slipped.

The Americans follows a married couple of undercover KGB operatives living in America during Ronald Reagan’s presidency. The show has been praised for its writing, acting and characters and many publications claim it’s the best show of all time.

In Mrs. AmericaCate Blanchett plays conservative activist Phyllis Schlafly who opposes the Equal Rights Amendment in the U.S. in the 1970s.

There’s been no shortage of talk about Mare of Easttown since it debuted earlier in 2021.

Kate Winslet’s gripping performance as a police officer attempting to hold her life together while investigating a mysterious murder certainly got audiences and critics talking and it scored 16 nominations at this year’s Emmys.

One of Binge’s biggest shows is without a doubt Succession and it has a fresh RT score to back it up.

Succession follows the members of the Roy family who consistently compete with each other for power as they run the multimedia conglomerate Waystar Royco. Try as they might only one can be the CEO.

It’s no secret the DC extended universe has been through a pretty rough couple of years, but thanks to The Batman and The Suicide Squadthings are turning a corner.

James Gunn boosts DC’s offerings yet again with his The Suidice Squad spin-off show Peacemakerwhich stars Jon Cena as the goofy antihero who is recruited by the mysterious ARGUS investigation to help them solve a mission of superhero proportions. It’s bloody, raunchy and refreshing television for the world of DC.

If Rotten Tomatoes is anything to go by (and it usually is) Binge really is home to some of the best shows on television.

You can sign up here to watch all these great TV shows right now and you’ll finally know what the hell everyone is talking about on your social media feed.