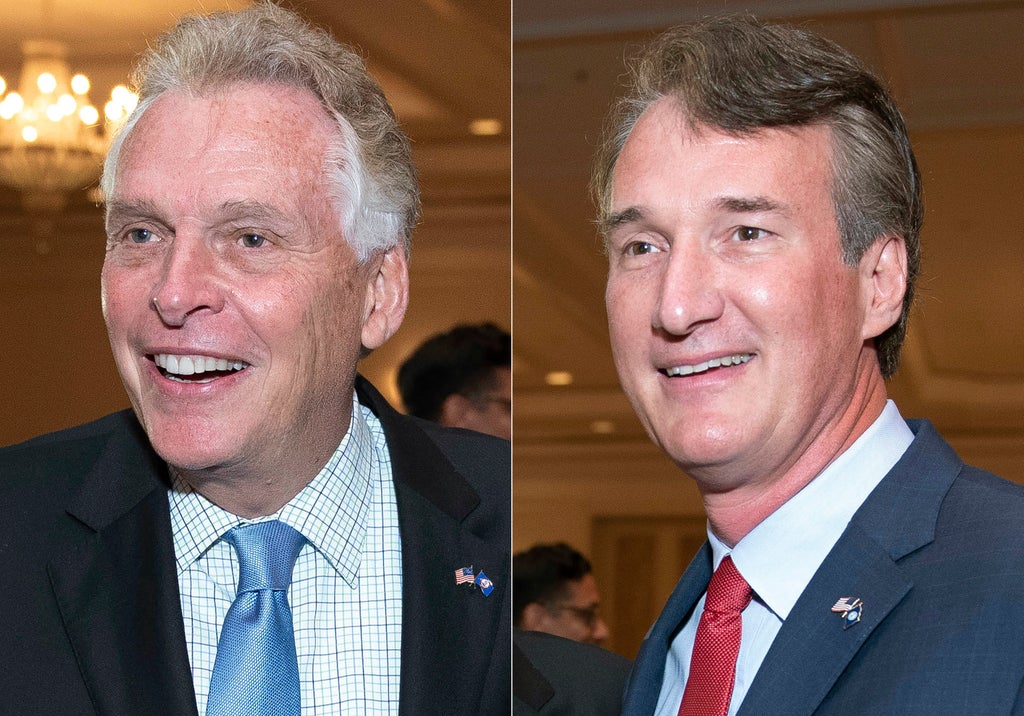 Former president Donald Trump on Monday said he and Glenn Youngkin ‚— the Republican nominee in Tuesday’s Virginia gubernatorial election — “get along very well together and strongly believe in many of the same policies” and said attempts to point out Mr Youngkin’s efforts to distance himself from him are meant to depress GOP turnout.

“The reason the Fake News and perverts are working over time is to try and convince people that we do not like each other, and therefore, my great and unprecedented Make America Great Again base will not show up to vote,” Mr Trump wrote in a statement released by his political action committee.

The former president added that he is “not a believer in the integrity of Virginia’s elections,” where he claimed “lots of bad things went on, and are going on” but offered no evidence for either assertion.

Since he became the first American president to lose a re-election bid in more than three decades last year, Mr Trump has embarked on an unprecedented campaign to delegitimise the results and undermine his successor. His campaign filed more than 60 unsuccessful lawsuits seeking to throw out vote counts in key states, and he later incited a mob to storm the Capitol in hopes of preventing Congress from certifying President Joe Biden’s electoral college win.

But the former president, whose repeated lies about the 2020 election also led to depressed voter turnout in the January special elections which handed the Senate to Democrats, said the way to “beat” the non-existent “bad things” is “to flood the system and get out and vote”.

“I say to all of our millions of followers, don’t listen to the Fake News and misleading advertisements written largely by already-acknowledged perverts,” Mr Trump said, referring to ads created by The Lincoln Project, a political action committee composed of anti-Trump former Republicans. One of its’ founders, political consultant John Weaver, was accused of propositioning young men over the internet and has since been ejected from the group.

The group’s recent ads have explicitly linked Mr Trump and Mr Youngkin even as the candidate has tried distancing himself from the former president in an attempt to woo moderate voters in heavily Democratic Northern Virginia.

In response, Mr Trump has bear-hugged the former private equity executive, telling supporters to “get out and vote for a man who will be a great governor, Glenn Youngkin!”

‘This Man Was Going to Ruin Me’