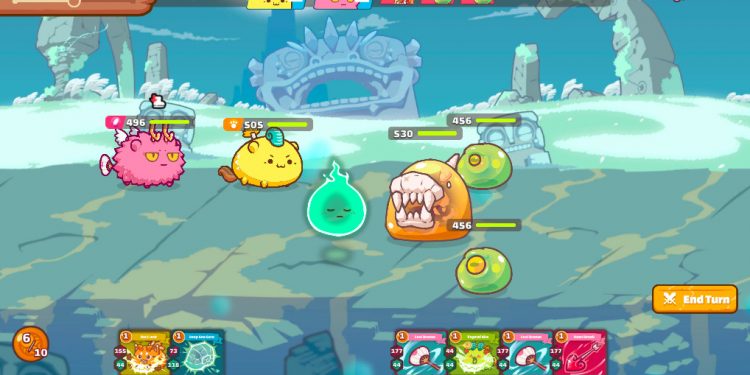 
The US Treasury Department blames North Korean hacking group Lazarus for stealing $625 million in cryptocurrency from the Ronin network, the blockchain backing the Axie Infinity play-to-earn crypto game, according to a report from Vice. On Thursday, the Department of Treasury updated sanctions to include the wallet address that received the funds and attributed it to the Lazarus group.

In an updated post about the incident, the Ronin network, which is owned by developer group Sky Mavis, explains the US Department of Treasury and FBI have pinned the attack on Lazarus. “We are still in the process of adding additional security measures before redeploying the Ronin Bridge to mitigate future risk,” the post reads. “We expect to deliver a full post mortem that will detail security measures put in place and next steps by the end of the month.” Ronin says it will bring its bridge back online “by the end of the month.” The bridge allows users to transfer funds between other blockchains and Axie Infinity and has been blocked off since the attack.

As noted by Vicethe flagged wallet address currently contains over $445 million USD (148,000 Ethereum) and sent almost $10 million (3,302.6 ETH) to another address less than a day ago. Crypto transaction tracker Etherscan labels the address as “reported to be involved in a hack targeting the Ronin bridge.”

On March 29th, hackers made off with $625 million worth of Ethereum in one of the biggest crypto heists to date. According to cryptocurrency investigation group Chainanalysis, the Lazarus group is tied to North Korea’s intelligence agency and was responsible for seven attacks last year. The group gained notoriety for hacking Sony Pictures in 2014, leaking The Interviewa comedy set in North Korea directed by Seth Rogen. It later used Trojan malware to steal millions from ATMs across Asia and Africa in 2018 and has also been linked to WannaCry ransomware.