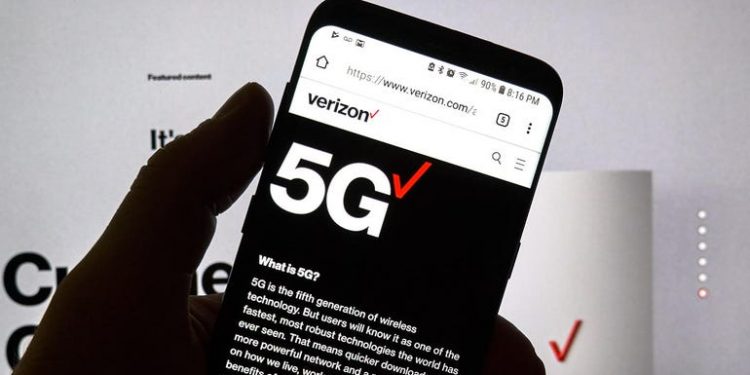 
Verizon Business today announced a turnkey private 5G LAN offering under its onsite 5G band. Under the terms of the partnership, Verizon will be selling Celona’s current 4G LTE-based product and then shift to P5G later this year or in early 2023.

Cupertino, Calif.-based Celona uses a combination of 5G radio technology, edge computing and machine-learning software to accelerate the adoption of LTE and 5G wireless in the enterprise by taking advantage of the Citizens Broadband Radio Service (CBRS) spectrum in the U.S. Its solution architecture is designed to automate the deployment of cellular wireless by enterprise IT organizations and managed service providers and simplify its integration with an enterprise IT network.

Verizon Business will offer Celona’s 5G local-area network system in two flavors: as a fully managed service that it deploys and manages for customers, giving them a complete view into its operations, or as a do-it-yourself 5G LAN that customers can purchase through the telco and manage themselves. These have become two popular options for enterprises looking to integrate LTE and 5G cellular technology into their existing network infrastructures because the infrastructure is made simpler to install, run and manage.

The move complements Verizon’s current 5G solution, which runs over its cellular network. That service is designed more for wide-area connectivity or to provide an alternative to Wi-Fi in locations such as SoFi Stadium in Los Angeles and America’s most beloved ballpark, Fenway Park. The carrier-first model is something Verizon and its peers have been pushing as an in-building solution for years, but it requires a distributed antenna system (DAS), which can be complicated to deploy.

I asked one of my contacts at Verizon Business why they chose to go this route. He said that Celona is easy to deploy for enterprise IT staff and, more importantly, integrates into the existing business network and QoS framework in place. This is one of the core tenets of the Celona solution.

Celona built a 5G solution that is managed like Wi-Fi

Celona emphasizes the importance of delivering a solution that is deployed and managed like Wi-Fi, rivals its cost structure, and is managed like Wi-Fi but uses the cellular network for user and device access. This enables any network engineer who’s even remotely familiar with deploying network infrastructure to use Celona’s 5G LAN solution.

While other private 5G options are available, most are designed for carrier deployments and are significantly more complicated than what Celona offers. These typically require a team of professional service experts to deploy and tune. Given the cost and complexity of these alternatives, businesses simply haven’t been able to justify embracing private cellular. However, Verizon now estimates that the cost of the Celona-based solution is about 6x slower than using a carrier-based product.

Also, Celona offers a patented technology it calls MicroSlicing, which brings QoS and security policies from the 5G LAN into the enterprise L2/L3 network. Using this technology, IT staff can define and enforce strict latency, packet loss, and throughput characteristics on a per-application or device group basis, then dynamically route this traffic anywhere it’s needed. According to Celona, this ensures better interoperability with – and integration into – existing enterprise LANs.

Celona built the product with the full 5G stack using cloud-native technologies, making it easy to introduce new features and automate network services running within the 5G core control software. This is a departure from traditional wireless LANs that typically require standalone systems, each with a proprietary OS, to run a specific network service such as a firewall, NAT, or DNS.

Typically, innovation cycles for network infrastructure are lengthy because new hardware or even silicon needs to be developed. But cloud-based technologies, such as containers and microservices enable the 5G LAN to move at the speed of the cloud, allowing rapid scale with a centralized point of management.

Looking ahead, sources close to Verizon said they are making an investment in Celona that could enable the 5G LAN vendor to ultimately interoperate with their 5G evolved packet core (EPC). If true, this would enable the Celona 5G LANs to support neutral host operations, a modern approach to dealing with in-building cellular coverage problems and public to private interoperability.

With this model, Verizon public 5G services could be broadcast and available over Celona 5G LANs, which would directly talk to Verizon’s 5G core. This has some potentially profound implications because a business could now create a single, seamless 5G network that spans the LAN and then interconnects with Verizon’s public 5G services. That would effectively create a single end-to-end wireless network in which application and security policies are carried across what were once two networks.

Most businesses will deploy both 5G and Wi-Fi. Almost every network professional I’ve interviewed regarding this topic believes there is a role for both, where Wi-Fi carries a lot of best-effort traffic or supports applications that are not mission-critical. Organizations have never been able to use Wi-Fi for things like medical equipment, manufacturing robots, and other mission-critical services. For these use cases, P5G is ideal.

For Verizon Business, the ability to support these kinds of business-critical services can enable it to shift from being a reseller of “pipes” that are largely non-differentiated to playing a key role in digital transformation strategies. Its 5G strategy has been spotty, and Celona helps it fill the LAN hole.

For Celona, this is yet another feather in its cap. It was first out of the gate with an enterprise-friendly 4G/5G solution and now has Aruba Networks, NTT and Verizon as partners. For a 3-year-old start-up, that’s about as impressive as it gets. I thought one of the bigger network vendors may snap them up, but with those kinds of partnerships, the path to IPO seems likely.