By Rob Hull For Thisismoney.co.uk

Volkswagen’s third model in its all-electric ‘ID’ range has been leaked months ahead of its official unveiling.

Details of the new ID.6 – the largest electric VW yet – have emerged online having been uploaded to a Chinese regulatory website this week.

The images show the seven-seat SUV in full production trim well ahead of it going on sale later in the year. 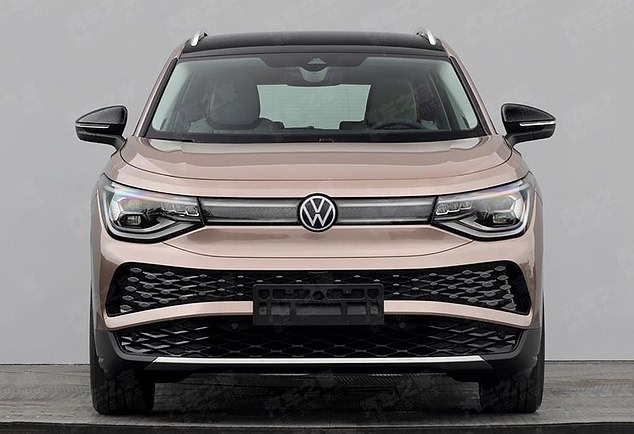 Leaked: These are the first images of the forthcoming VW ID.6, which will be sold in China but not the UK

It’s not the first time the identity of a Volkswagen electric model’s identity has been revealed ahead of time.

The same happened with the smaller ID.4 in June last year, when information was uploaded to China’s Ministry of Industry and Information Technology – a process that all car firms must follow to gain type approval for models in the country.

The new ID.6 is due to go on sale in China later in 2021, though Volkswagen currently has no plans to launch the large family vehicle in the UK.

Designed for large families who are eco-conscious, it will go head-to-head with Tesla’s Model X and Mercedes EQV, which are the only electrified models on the market currently capable of transporting seven people in comfort – though seven-seat variants of the Model S saloon are also available from the US EV maker.

The largest Volkswagen ID model will be based on the same MEB platform that underpins the ID.4 SUV, which officially went on sale in the UK last week.

The new ID.6 looks like an extended version of the smaller SUV, with a longer and boxier body to provide additional interior space, especially for passenger in the second and third row of seats. 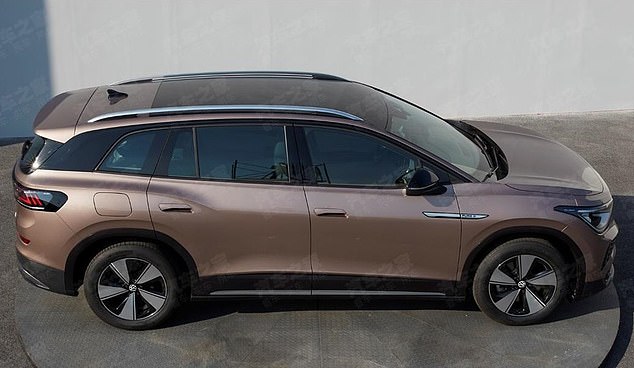 At 4.9-metres long, the new seven-seat ID.6 measures in around the same length as a long-wheel-base Range Rover 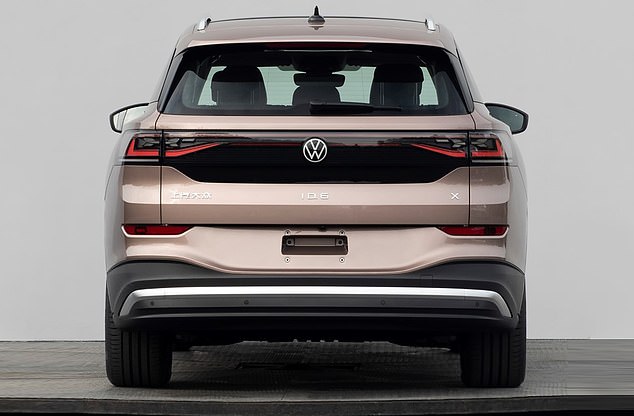 Along with the images, dimension of the barge-like electric VW were leaked online; it will measures in at 4.9 metres long, 1.8 metres wide and almost 1.7 metres tall.

That means it will be fractionally smaller than a Tesla Model X, though around the same size as a long-wheel base Range Rover.

Documents filed with Chinese authorities show it will use an 82kWh lithium-ion battery – the largest available in any VW ID model and needed to shift the seven-seater’s additional bulk.

The listed kerb weight of the SUV is a staggering 2,840kg, which is the same as two Ford Focus petrol family cars. 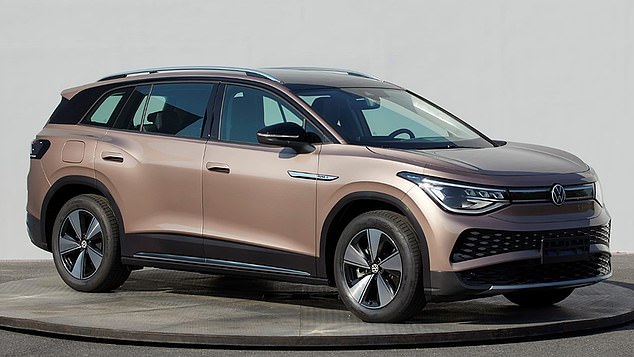 With a kerb weight of 2,840kg, the ID.6 will weight around the same as two Ford Focus petrol family hatchbacks

It will originally be offered in two powertrain options in China: a cheaper version using one 75kW (101bhp) electric motor to power the wheels and a higher-priced variant with one of the motors on each axle, delivering 150kW (201bhp). A stronger 225kW (302bhp) example is also expected.

Charging time, using a 150kWh rapid charger, is expected to be approximately half an hour to replenish around 80 per cent of the battery capacity.

The leaked images have only revealed the exterior of the car, with pictures of the ID.6 cabin not added to the regulatory site.

However, the interior is widely expected to mirror that of the already available ID.3 hatchback and the ID.4 SUV.