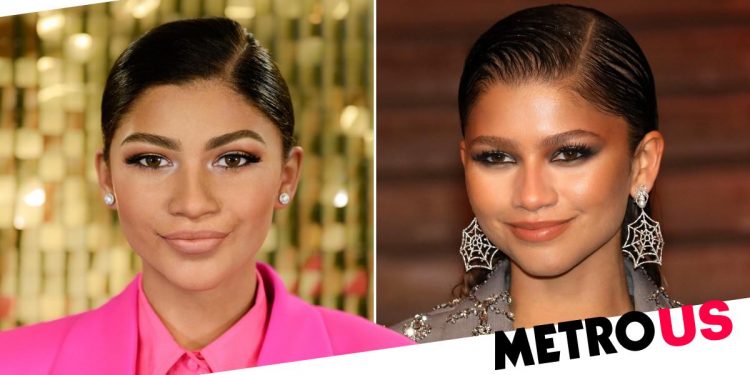 
Zendaya will be honoured at Madame Tussauds London with her waxwork joining a star-studded line-up, it has been announced.

The Emmy Award-winning star of HBO TV series Euphoria has been sculpted using measurements and references taken during her 2015 sitting with the attraction’s artists.

The Hollywood actress – known for her roles in Spider-Man, Dune, and The Greatest Showman – will be taking up permanent residency in the Award Party zone at the London tourist attraction.

The lifelike figure of Zendaya, wearing a neon pink suit paired with a chic updo and subtle jewellery, will be unveiled at the Baker Street attraction on Friday, February 11.

The 25-year-old will join A-List celebrities including Benedict Cumberbatch, Tom Hardy, Kate Winslet, Brad Pitt and the Duke and Duchess of Sussex on the red carpet.

In January, the popular tourist attraction released previously unseen photographs of singer David Bowie’s session for his waxwork in June 1983 as it announced a second figure for the music icon.

‘Not only that, she uses her celebrity status to join conversations, thoughtfully, on important social issues.

‘She is unapologetically herself – and we, along with her fans, love that about her.

‘With rumours circulating that Zendaya is soon to become a Londoner herself, the timing to pay homage to her at Madame Tussauds London could not be better.

‘We know her fans will be lining up for the chance to ‘meet’ their idol when Zendaya’s figure arrives in our Awards Party zone.’

In January, she met football star Heung-Min Son with her Spurs supporting boyfriend, after Spider-Man producer Amy Pascal revealed that she told them not to date ahead of working together on the franchise.

Pascal told the New York Times: ‘I took Tom and Zendaya aside, separately, when we first cast them and gave them a lecture. Don’t go there — just don’t. Try not to.’

She joked that they ‘all ignored me’, having given the exact same advice to Spidey alumni Andrew Garfield and Emma Stone, who dated for a few years before breaking things off in 2015.

Zendaya and Tom have been pretty busy following the release of No Way Home, which became the first pandemic era movie to hit $1billion (£733million).

Brit Tom has his new film with Mark Wahlberg, Uncharted, releasing this month, while California-born Zendaya can currently be seen on screen as the self-destructive protagonist Rue in Euphoria season 2.

While many fans have called for her to be Emmy nominated for a second time for her performance, others have criticised the show and said its star doesn’t appear enough.

In conversation with Entertainment Weekly about whether Rue should have more screen time in the new episodes, Zendaya said: ‘It was important for certain characters who we didn’t really get to see much of last season having more time to get to know them and explore their characters.’

She added: ‘But it’s kind of also Rue as an unreliable narrator, in the sense that she’s just trying to skate by without people noticing that she’s doing what she’s doing, and trying not to get caught.’