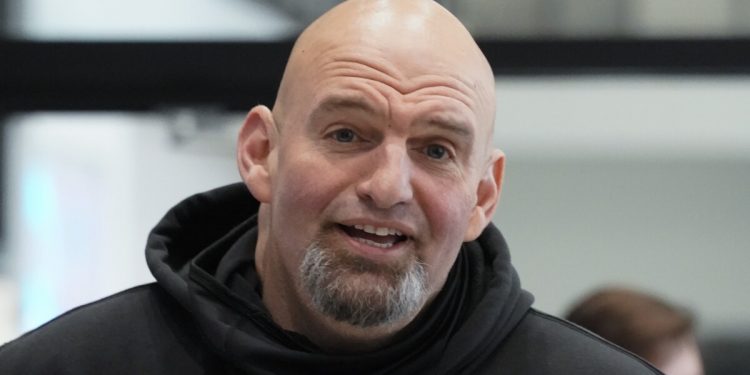 The primary campaigns culminating Tuesday night across five states have generated a soap opera’s worth of melodrama.

There was the bruising Senate GOP fight between a celebrity TV doctor and a mega-millionaire, with a last-minute scare from a near-unknown. The tattooed Democratic front-runner for the Senate who suffered a stroke just days before the vote. The far-right gubernatorial candidate who rose to prominence by vehemently seeking to overturn the 2020 presidential election.

And that’s just in Pennsylvania.

With contests in North Carolina, Kentucky, Pennsylvania, Idaho and Oregon, here are the results of Tuesday’s most consequential — or the craziest — races.

A GOP rumble in Pennsylvania

The Republican primary to replace retiring GOP Sen. Patrick J. Toomey emerged as one of the fiercest fights of the midterms so far — and one of the priciest. Candidates and interest groups have spent more than $55 million on ads, according to AdImpact, a media tracking firm.

Originally, it was seen as a two-man brawl between Dr. Mehmet Oz, the television personality who won former President Trump’s endorsement, and David McCormick, a wealthy hedge funder with his own extensive ties to Trumpworld. Both unleashed a barrage of attack ads that drove up the others’ unfavorability ratings and left open an opportunity for little-known commentator Kathy Barnette to mount a last-minute surge.

Barnette ran a shoestring campaign, but she gained notice especially among abortion opponents for her personal story as the byproduct of rape when her mother was 11. But as she climbed in the polls, so did Republican concerns that Barnette’s offensive social media posts and unvetted past could hurt the party’s chances of winning the seat in November.

Befitting the theatrics of this race, it ended Tuesday night in a cliffhanger, with McCormick and Oz separated by a razor-thin margin, while Barnette remained solidly in third place.

Surgery for Fetterman, then victory

The drama wasn’t solely among Republicans. Days before the vote, John Fetterman, Pennsylvania’s lieutenant governor and front-runner for the Democratic nomination, announced he had suffered a stroke. Though he said he’ll make a full recovery, he got a pacemaker with a defibrillator implanted Tuesday, and he remains in the hospital.

But there was not much added suspense Tuesday — Fetterman was called the winner within an hour of polls closing, beating moderate Democratic Rep. Conor Lamb and Malcolm Kenyatta, a progressive state legislator.

Fetterman is well over 6 feet tall, bald, goateed and often in basketball shorts — in all, an unorthodox look for a would-be senator. He attracted a following for his liberal positions, including raising the minimum wage, legalizing marijuana and eliminating the filibuster. But he has also made overtures to conservatives by campaigning in rural counties, which have become increasingly hostile territory for Democrats.

Lamb argued that Fetterman was too far left to win a general election, and the congressman sold his centrist politics as the way to prevail in the suburbs and Trump territory. Now, Fetterman is going to challenge the conventional wisdom of what an “electable” candidate looks like.

Election lies pay off — for now

Pennsylvania state Sen. Doug Mastriano proved his loyalty to Trump by relentlessly trying to undermine the 2020 election. Trump returned the favor with an endorsement just before the state’s gubernatorial primary. On Tuesday, Mastriano easily outran his GOP opponents.

Trump may be cheering, but many Republicans in Pennsylvania aren’t. They fear that Mastriano is too far right to win a general election race in Pennsylvania, a swing state that backed Trump in 2016 and President Biden in 2020. Mastriano has run hard against the state’s political establishment, barred news media from his campaign rallies and allied himself with conspiracy theorists.

Should Mastriano win in November, that could have major implications for the 2024 presidential race. As governor, Mastriano could exert significant influence over how elections are run in a battleground state. The outcome could also have outsize impact on abortion access in Pennsylvania, should the Supreme Court overturn Roe vs. Wade as a leaked draft opinion indicated.

“Cry more lib” was Rep. Madison Cawthorn’s tweet upon his election to Congress in 2020 — a pithy glimpse into the unapologetically online approach the onetime GOP rising star would take to his new job.

That tweet was resurfaced by many liberals on Tuesday, indulging in schadenfreude after Cawthorn conceded to state Sen. Chuck Edwards in a western North Carolina district.

North Carolina GOP Sen. Thom Tillis has been one of the leading Republicans in the effort to unseat Cawthorn. He endorsed Edwards, the main GOP opponent, and called on the House Ethics Committee to investigate reports that Cawthorn had engaged in insider trading. A super PAC with ties to Tillis spent $300,000 on an ad attacking Cawthorn as a liar.

Despite his controversies, Cawthorn still has one powerful ally. Trump recently took to Truth Socialhis Twitter alternative, to ask voters to give Cawthorn a “second chance” despite some “foolish mistakes.”

The Trump effect in the Tar Heel State

His win is another sign of the influence Trump has over Republican primary voters. Budd, a three-term congressman who voted to overturn some of the results of the 2020 election, got an early nod from Trump in June.

He will face Democrat Cheri Beasley, a former chief justice of the state Supreme Court, for the seat held by retiring Republican Sen. Richard M. Burr. Beasley made history as the first Black justice on North Carolina’s top court; now she’s vying to be the state’s first Black senator.

A Trump endorsement in Idaho fizzles

Despite both being Republicans, the two clashed over Little’s COVID-19 pandemic response. McGeachin used her authority as acting governor when Little was out of state to ban mask mandates and vaccine requirements. Little promptly undid her efforts when he returned.

McGeachin also earned national notoriety for courting Idaho’s far right wing, including white nationalists and other extremists. She also aligned herself with Trump, who endorsed her as a “true supporter of MAGA since the very beginning.”

That made Little one of only two sitting GOP governors whose challenger got Trump’s backing. But he has not faced the kind of ire that Trump has directed at the other: Georgia Gov. Brian Kemp.

Waiting on Clackamas County in Oregon

The House may lose its best-known Blue Dog, with Rep. Kurt Schrader, a seven-term centrist Democrat trailing behind Jamie McLeod-Skinner, an attorney backed by progressives.

The primary contest has been closely watched by liberals and centrists alike as a test of the direction of their party. Schrader had infuriated the left wing by blocking a bill to lower prescription drug prices and other Democratic priorities

Redistricting in Oregon this year gave liberals their best chance yet to unseat Schrader. Sen. Elizabeth Warren of Massachusetts and liberal groups such as the Working Families Party supported McLeod-Skinner.

Schrader, meanwhile, got support from another key figure in the party: President Biden. “We don’t always agree, but when it has mattered most, Kurt has been there for me,” the president said in his announcement.

Counting continued late into Tuesday night. The tallying was delayed in part because a printing error made the bar codes unreadable
on some ballots in Clackamas County, home to a substantial number of Democrats in the district.